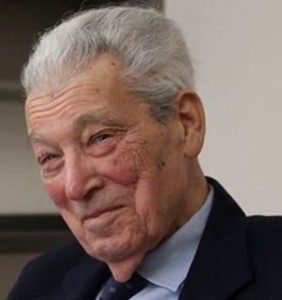 Michael Christen presented a short film about Emeritus Professor Wolf Thormann on April 5th for the re-dedication of the Wolf Thormann Center in Julia Rogers. Wolf Thormann was a Professor of French at Goucher College from 1960-1989. In addition, he served as chair of the Modern Languages Department for numerous years. He received many awards and honors for his engagement for and services to the French Culture. Wolf Thormann was born in Frankfurt, Germany, emigrated with his family to France in 1933, and served in the US Army during WWII. Michael Christen film gives an account of this part of his biography.