While processing a sequence of C19-20 children’s books for Special Collections,we happened upon a copy of Palmer Cox’s second opus in the wildly popular “Brownie” series, appropriately named “Another Brownie Book” (NY: Century, 1890).

This one, of the thousands sold, contains a touching gift inscription: “Mrs. Howland gave Jesse this book for finding her silver watch on October 19, 1888.”  The flyleaf inscription is in the hand of the “donee,” Jesse L. Cassard Jr. (1882-1946), then about six years old.  Jesse’s manuscript hand was an amazingly controlled Palmer Method cursive, reproduced again on another flyleaf: “Jesse L. Cassard 1026 St. Paul St. March 29, 1889 | from Mrs. W. G. Howland 1319 N. Calvert St. Balt.”  This would not be Jesse Cassard’s only brush with bibliographic fame.  In 1940, several publications reported that the Library of Congress had acquired one of the (then) two known copies of the earliest broadsheet publication of “The Star Spangled Banner,” found by Jesse in a scrapbook and donated to his country.  The other copy was in the collection of the Walters Art Museum, also of Baltimore.  Let us give deserving children books!  Who knows what good will come of it?  In this case, it led me to discover that the Eastman Kodak company, with no compensation paid to Palmer Cox, named its immensely profitable “Brownie” camera product line after Cox’s winsome cartoon creatures, and that my wife’s mother’s Brownie Target Six-16, with which she documented her life as an artist and mother in 1940s-50s Manhattan, was probably manufactured after 1946 three years before Laura and I were born.  Thanks, Jesse, and Mrs. Howland, and Palmer Cox!

*Note: The materials below are provided by Goucher Special Collection & Archives. 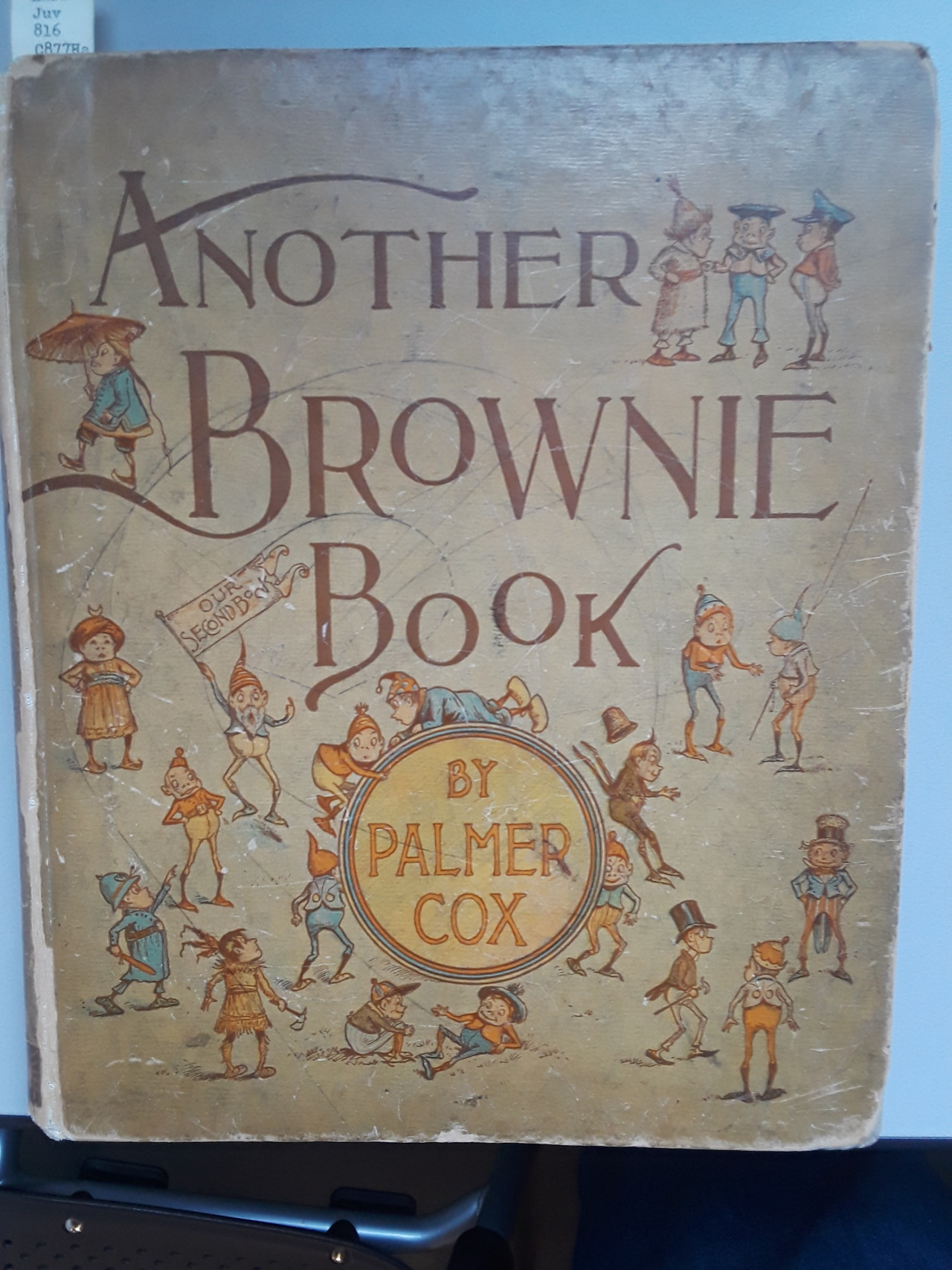 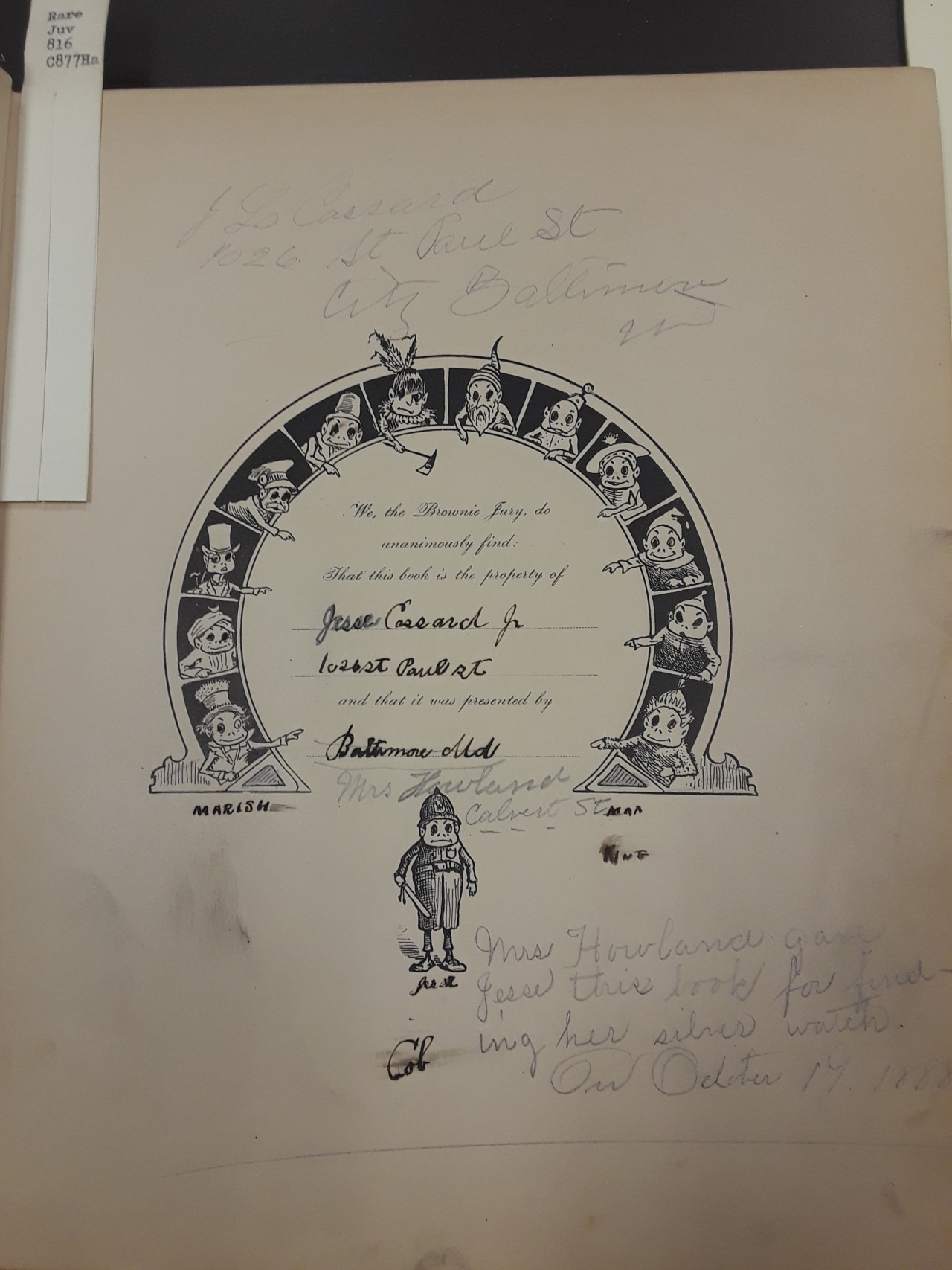 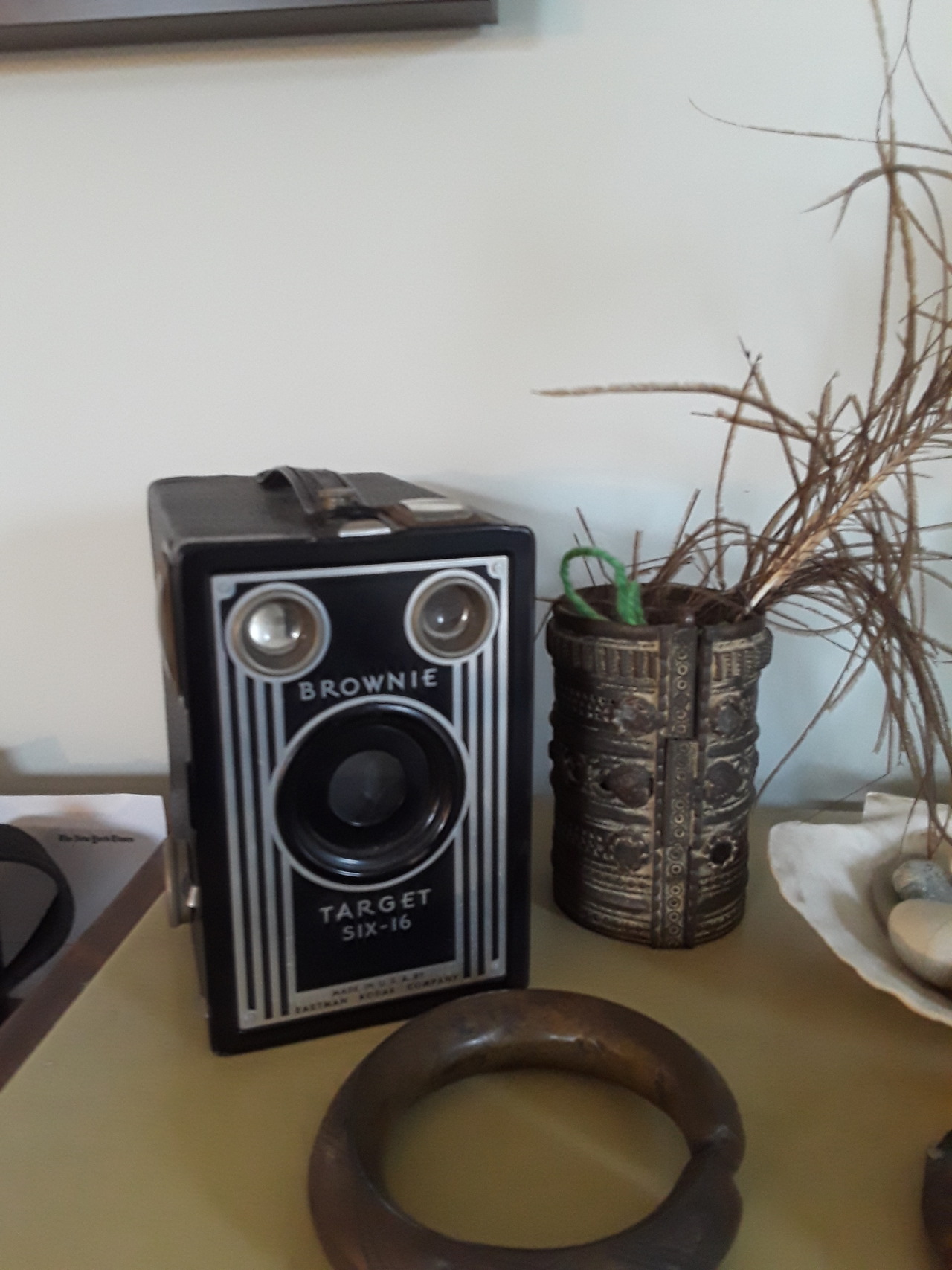