While transcribing the saints and bishops whose prayers were invoked for each month of the year in the Berners Hours calendar, I kept hitting some tough red Latin phrases at the start of each month. This time, rather than ignoring them, I searched for them and found each one listed one line of the dangerous “Egyptian days” on which specific types of bad fortune might be expected. The superstition is pre-historic, in the sense that scholars lose track of its origins following the trail through Rome, Egypt, Chaldea, and the ancient civilizations of the Middle East. Like most predictions of bad luck, when they don’t “come true” (an interesting notion), people are relieved, rather than ready to disbelieve in them. And when some coincidence seems to confirm them, belief is strengthened. Such is the mental structure we are born with unless reason rears its ugly head.

Now please forget about them unless you encounter a pre-modern reference to “an unlucky or Egyptian day.” The picture is Berners Hours folio 8r, August (“Prima necat fortem prosternit secunda cohortem” / The first kills the strong man, the second overthrows a company). The whole poem Englished below is translated by Lisa Jefferson in “The Medieval Account Books of the Mercers of London: An Edition and Translation,” (NY: Routledge, 2013), p. 8, n. 27.

The first day of the month and the seventh cuts like a sword / The fourth leads to death, the third overthrows the strong man / The first disrupts he who orders (or sends), the fourth he who drinks / The tenth and eleventh are full of the face of death / The third kills and the seventh strikes the coasts (or the earth) / The tenth turns one pale, the fifteenth is ignorant of treaties, alliances / The thirteenth of July immolates, the tenth shakes to ruin / The first kills the strong man, the second overthrows a company / The third of September and the tenth bring evil to limbs / The third and the tenth are as the death of someone / The fifth is Scorpius and the third is girt with slaughter / The seventh deprives the manly of blood, the tenth is as a serpent.

*Note: The materials below are provided by Goucher Special Collection & Archives. 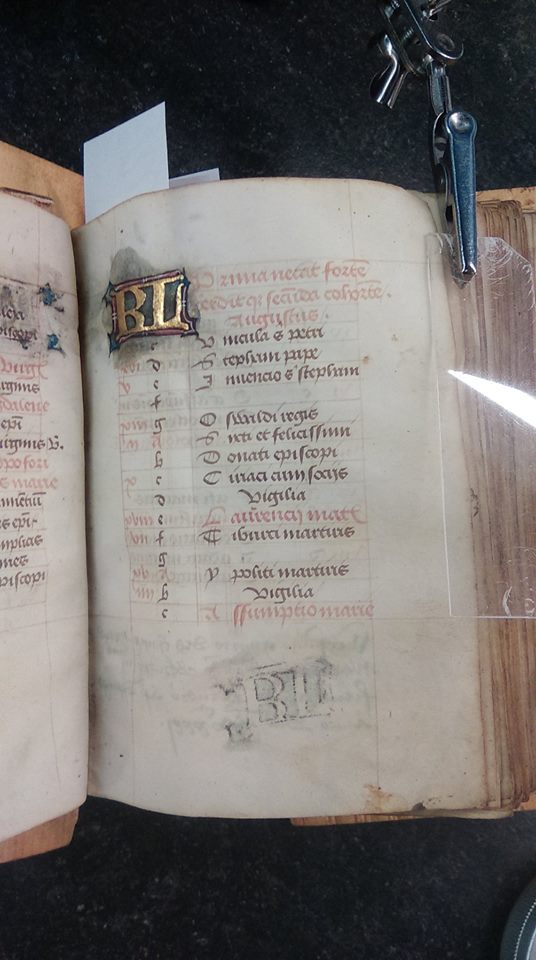