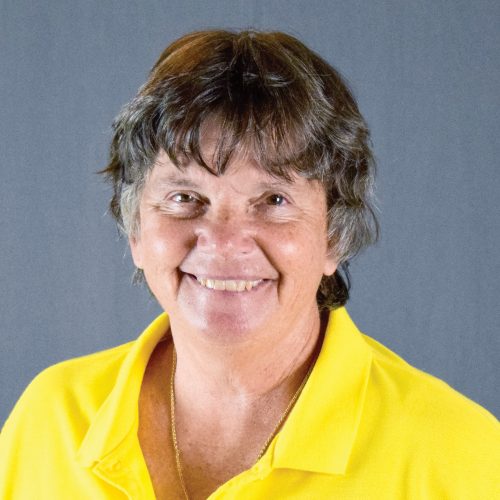 If you went to Goucher in the 1980s or ’90s, you probably took Sally Baum’s Wellness class. For a 22-year period, in fact, Baum taught every single student on campus.
It started with a first-year orientation pilot dealing with nutrition, fitness, and stress. As the women’s tennis coach, Baum was more than up to the task. Student athletes have long known Baum on the courts as a calm and mentally tough figure.

The students loved the class. “After several years, the college expanded it to a required course for all students to cover things that academic courses might not,” says Baum. The course broadened its scope to include life and career skills like networking, resume and interview preparation, car buying, apartment living, and personal finance. Because Wellness was pass/no pass, it gave the students a chance to explore their ideas and questions with a new freedom. “I couldn’t call on the hands fast enough,” she says.

The course also got into heady topics like grief and loss, as well as abusive relationships. Baum had her students end each class by writing up their thoughts. “Often enough,” she says, “I was blown away by their thoughtfulness, insight, and sometimes confessionals, which informed and changed what I did the next time I taught the same class.” She usually stayed after class with her students to confront the feelings and process the information that the class brought up for them.
Baum is popular with her students, and she cares for them deeply.

Twenty-five years ago, Corene “Renie” Amoss ’93 had just graduated from Goucher when she died in a car accident. Amoss was a three-sport star athlete with a 3.75 GPA who was about to start graduate school at Villanova. The community was stunned. Some of the coaches got together and formed an idea of starting a race to raise scholarship funds in her memory. “Renie’s parents, George and Elaine, and the entire Amoss family were instrumental in the establishment of the fund,” she says, “and have been heavily involved in the race ever since, every single year.” The scholarship supports Goucher students who excel both in and out of the classroom, “just as Renie did,” says Baum.

Over Family Weekend this fall, Goucher held the 25th anniversary of the Renie Amoss Memorial Road Race/Walk, also known as the RenieRun. As Baum points out, part of what makes the race so special is that it’s one of Goucher’s treasured annual traditions. “It is one of the most fulfilling things I have ever done,” she says.

More than 6,000 people have participated in the RenieRun over the years. Along with proceeds from the race, George B. and Elaine M. Amoss, and other family members and friends, have provided the funding for the scholarship. Sixty-two students have received Renie prizes so far, averaging $3,000 each.

Baum has been at Goucher for 39 years, and has even watched her son, Steven Baum ’11, graduate as a Gopher. She never expected to stay, but was surprised how much she loved being at a smaller, more intimate school. “I found myself intrigued and energized by the continual reach, progress, and willingness to change for the better,” she says.

When asked what motivates her to keep serving at Goucher, she said, “Money. Just kidding. I love it here, plain and simple.” 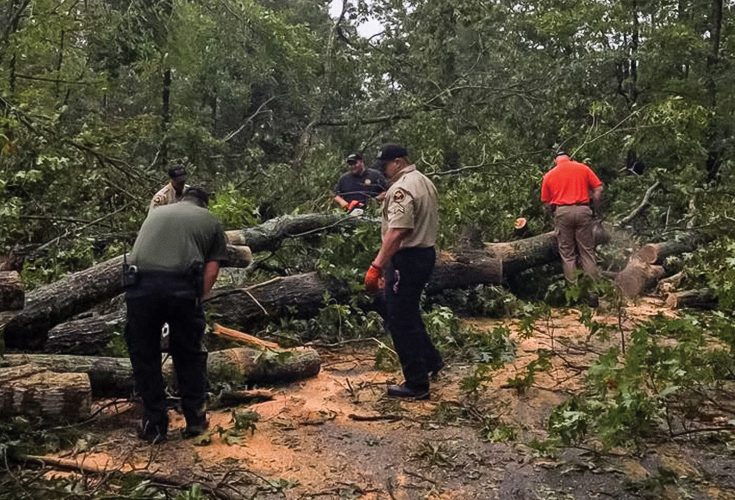