Joseph Morton, Goucher philosophy professor emeritus and founder of the Peace Studies Program, passed away April 7, 2016. Dr. Morton was the rare philosopher for whom the theoretical philosophical ideas translated clearly into moral purpose and active plans for social transformation. He was passionate in his opposition to war, the death penalty, militarism, and nuclear proliferation. At the time of his death, Dr. Morton and his Goucher colleagues were working to complete his memoir, chronicling his life from an early escape from the Nazis to his decades of activism in Baltimore city and around the country, and his service at Goucher College. In honor of Dr. Morton’s life, work, and beliefs, we present an excerpt from his manuscript.

On December 7, 1941, the Japanese made the date of my sixth birthday memorable by bombing Pearl Harbor. Horrible as it already was for many millions, and would be for many millions more, by the next day many people were relieved—with whatever reservations they might have had—that the U.S. joining the war would halt and reverse the conquests of the dreadful Axis powers.

For my parents, the Allied triumph could not have come soon enough. We four Mortons had escaped from Nazi-occupied Europe in 1941, traveling by train from Budapest to Munich, then plane to Lisbon, and finally to the United States on the S.S. Excambion.

But during the inevitably long years of the struggle, the dominant theme for them was anxiety and grief. They were separated so distantly and cruelly from their relatives, who they knew would undergo terrible conditions, with very limited opportunity for even minimal communication with us. My strongest impression of what occurred, when letters did arrive at considerable intervals, was that my parents felt intensely helpless in their grief—my father trying to console my weeping mother.

My present recollection of the wartime years is of generalities rather than particular events, but some of those experiences—both general and particular— would have profound effects on me for decades. It is no wonder that I apparently absorbed U.S. patriotism very deeply; both the steady flow of information and the propaganda were intense and all-pervasive. Quite soon after U.S. entry into the war, the morning and evening Rochester newspapers began to print a small map of each “theater” on the front page each day, showing the line of battle yesterday and how it had changed from the day before. Right alongside was a notation of the number of U.S. troops wounded, killed, or missing in action. Contrary to such absurdities as the Vietnam adventure years later (where U.S. troops would capture a stronghold at great cost in wounded and slain, and then turn around and march off), at least the “Good War” made sense: The U.S. and its allies would be losing as long as the battle-lines moved in the wrong direction, but when they moved far enough in the right direction—to Berlin and Tokyo, most likely—the war would end, with our side winning.

Government-induced hysteria included such measures as air-raid drills, during which persons
were to show absolutely no light on the outside of their houses (though neither Germany nor Japan had a ghost of a chance of getting a plane to the U.S. mainland). Each family was to prepare opaque screens for the windows in one room, so its members could read or eat or do other things for the duration of the drill. My father was the air-raid warden for our block, walking up and down the street with his appropriate helmet and armband to make sure no light was visible from any house on the street. And families were encouraged to grow some of their own food in “victory gardens” in their backyards; it was possible to grow only a few vegetables in our tiny yard.

I was so taken in by the war fervor that I had one “brilliant” idea to send to the Air Force. At age
eight or nine, I proposed dropping bombs shaped like paratroopers (with parachutes, of course) so that thereafter our enemies would not know if they faced a bombing raid or a paratrooper attack. I was surprised— no doubt very pleased—to receive an official response to this proposal. This was strong confirmation that even a child could be co-opted to focus creatively on warfare.

I was caught up in the war fever and in the apparently unanimous consensus about the righteousness of “our” cause, and the way it was pursued. I had no idea that there were any dissidents, or even persons with reservations. I was absorbed in the crucial drama, which would have been intense enough even without the government-manipulated hysteria and the personal agonies of our relatives.

I was very much the product of the World War II mindset in the U.S.—partly from the intense mental and emotional propaganda blitzkrieg, of course, but also from the very real, very demanding struggle of the allies against the considerable threats of the Japanese and German empires. I think even for those who lived during World War II, it’s difficult to remember how badly the allies were losing—for months, not days. The outcome was precarious, not at all the “sure thing” it probably appears to have been from the perspective of the 21st century. The advance and retreat of military units was the primary daily fare of the news in print and on the radio during the years of my very impressionable sixth through tenth years. The Nazi menace was, of course, strongly reinforced in my case by the precarious existence of Jews in Europe in general and our relatives in particular, from whom we received news very rarely, with almost never anything good communicated. It would be another 15 years before I even began to think of rejecting warfare.

That rejection would occur over time—and would come after I had enlisted and served in the Army, and stem from events I would have found impossible to anticipate in my youthful years. I don’t think anyone who knew me at age 10 or 12 would have seen the prospect as promising. The iceman thought I was Irish because of my flaming orange hair. He
got the culture wrong, but the temper right: Fitting the stereotype of redheads, I had a terrible temper, indeed. I don’t think I exploded often, but when I did, there was no calming me. I don’t believe I ever struck anyone or broke things; I just stormed away from the site of the crisis. No promise of becoming a calm, helpful communicator—or a communicator at all. There was no identifiable “conversion” to non-violence, no sudden bright flash of insight, no interaction by which I was transformed during a critical encounter or reflection on it. The changes occurred over many years, usually in subtle ways. Even after leaving the Army and as late as the second or third year of graduate school, I could still fly into a rage occasionally.

If 1935 was rather special as the year of my birth, and 1941 critical as the year of our escape from Nazism, 1963 was the year in which I made giant strides on the paths which I would follow for decades, some for more than half a century, to the present day. In contrast to the events of 1935 and 1941, in which I was merely a passive subject, the 1963 events were ones in which I was, at least to a considerable extent, a responsible agent embarking on paths i chose and would later explore and expand over many years.

In my first two or three years as a graduate student at Hopkins, I had become involved in peace and non-violence activities without having any coherent overall stance about current or chronic civic, social, moral, political, or spiritual issues. The issue that was very much “in your face” in my newly adopted Baltimore home was the struggle against segregation in all its ugly manifestations.

I supported integration by various forms of activity, but only at a distance: joining organizations (CORE, foremost among others; and the NAACP); signing petitions; contributing a bit of money; and writing letters to the editor, a fair number of which were published in Baltimore newspapers. Most important, though, was my participation in the awesome “March on Washington.”

I agreed to be a bus captain, though I had no idea what chaperoning 50 boisterous schoolchildren from Baltimore to Washington for the march involved. Once we arrived on the Mall, my charges scattered; I had nothing to do but wander by myself, which I did for the next several hours. I couldn’t get close to the platform near the Washington Monument where speakers and singers gathered, because the crowd around them was already so immense.

Long before anyone made an announcement, the march began spontaneously as people headed for the Lincoln Monument without any marshal or organizer leading. As many as 20 abreast, the very diverse participants walked with unforgettable dignity—Black ministers in three-piece suits alongside barefoot hippies, farmers in coveralls with tweedy teachers, young and old, Black and White, poor and rich, from every corner of the 50 states. Their calm, quiet, dignified solidarity was patent, and the implication unmistakable: We could be like this all the time, respectfully together in body and spirit despite our differences, not for a few hours at a special event but as the normal condition of our daily living. That was the overwhelming “message” I felt in those hours, which has never left me.

Both at the time and in recollection, that realization has often brought to my eyes the tears of joy evoked by the contrast between the way things are and the way they could be. It had to have affected many of those present not only for the few hours of the event, but indelibly for the rest of their lives.

Since that day, I have been very strongly moved by the solidarity of being with a handful of colleagues, or a few dozen, risking arrest, being arrested, in custody for hours, crammed together in cells or police vehicles—a different kind of intensity with people who had known each other and acted together for years or decades. On that beautiful sunny day in 1963, I was with no one I knew, and probably exchanged only a few casual words with strangers during the many hours I wandered by myself, observing and listening. I had no one else with whom to share my observations and feelings. But I doubt that I will ever be as moved again by a public event as I was on August 28, 1963. 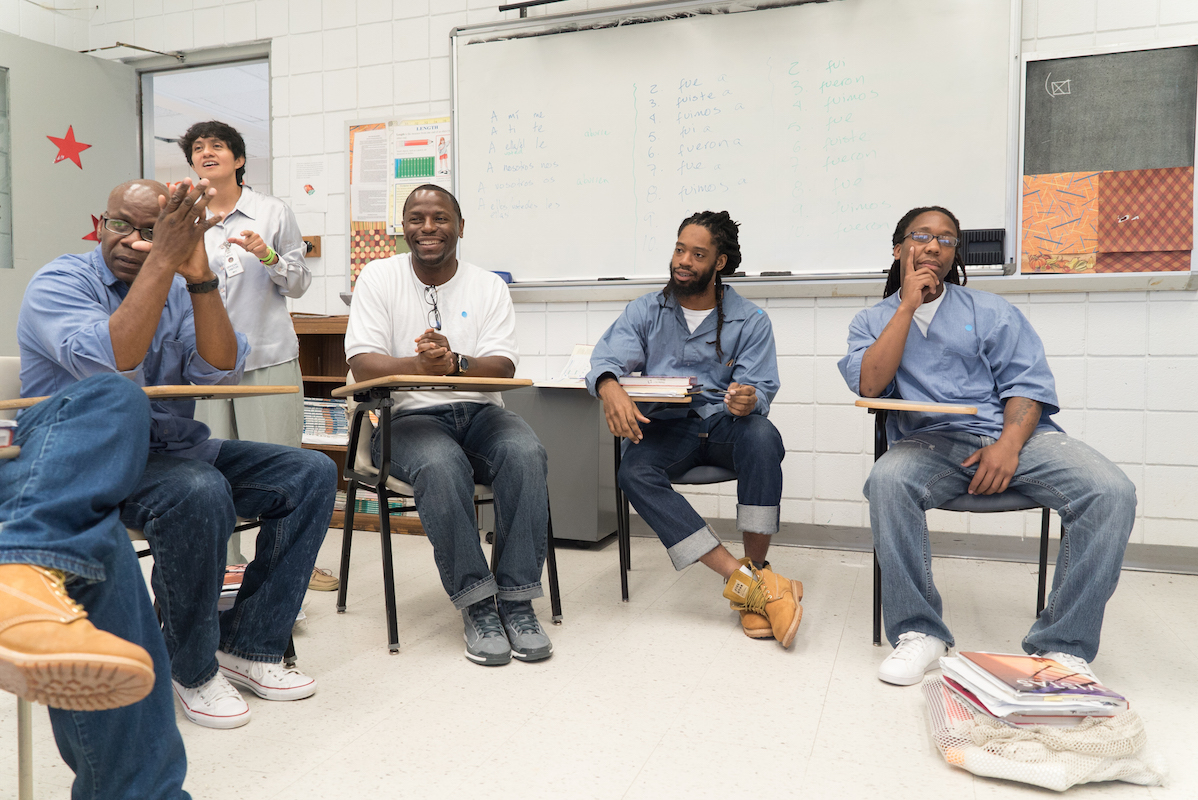