The art and science of a family business

Together, sisters Eileen, Karen, and Kimberly Whitlock sit on the board of Laboratorios Borinquen, the largest laboratory testing company in the Caribbean. Former Goucher students, the three have helped guide the company through some of its most turbulent years, weathering the storm of Hurricane Maria just in time for the COVID-19 pandemic to change the way they work drastically.

Today, Laboratorios Borinquen serves thousands of patients in Puerto Rico, with more than 700 employees working at 40 labs spread throughout the island.

“We’re very proud of the lab and what it has become,” Eileen Whitlock ’88, P ’25, says. “I’m also proud of the people who work here because it is what it is because of them. When you’re in the service industry, and you get the chance to serve your community, it’s a great feeling.”

The company’s founder, their father, Robert Whitlock, grew up in Baltimore and studied internal medicine at the University of Maryland. A summer working at a hospital in Puerto Rico would introduce him to his future wife as well as his future home.

As a medical student, he moved to Puerto Rico to work in a hospital in Caguas. There, Robert and 12 other doctors began to recognize that the area lacked a robust laboratory system. They decided to open their own lab company. The first lab in Caguas opened in September 1970.

“All these new young doctors couldn’t do their jobs,” Eileen says. “Tests that should take an hour were taking three days. When it’s critical to make a decision, you don’t have that time. So they got together and opened up a lab across the street from the hospital.”

Eileen says her father wanted all of his daughters to have a liberal arts experience before settling into their careers. During his time at the University of Maryland, she says, her father developed a respect for Goucher’s reputation. So when the time came for her, the eldest, to attend college, she says he told her it was the only option.

“He knew he liked Goucher, and he told me that’s where I was going,” Eileen says. “I didn’t have much choice, but it turned out to be a blessing.”

All three sisters would attend Goucher, with Kimberly Whitlock P ’16, a member of the class of 1993, leaving the school in her sophomore year after meeting her husband in Puerto Rico.

“What I remember about Goucher is the family-like atmosphere, where I felt at ease and happy,” Karen Whitlock Ramos ’90 says. “That made it possible for me to feel confident and learn many skills needed for life, especially leadership.”

At Goucher, Eileen majored in creative writing, Kimberly studied English, and Karen studied business. According to Karen, her business education started at home. Their dad always talked business and included his daughters in conversations about his plans.

“It’s a family business, so you’re always cautious at first,” Kimberly says. “But when I got married and had children, this place had the flexibility I needed. At the start, I had hesitation about it being a family business, but now it’s the best thing about it.”

Following their father’s death in 2000, the sisters say they have had to step into leadership roles at Laboratorios Borinquen, joining the board of directors and helping make the big-picture decisions that will guide the company in the future.

Eileen says her time at Goucher prepared her to make that leap. 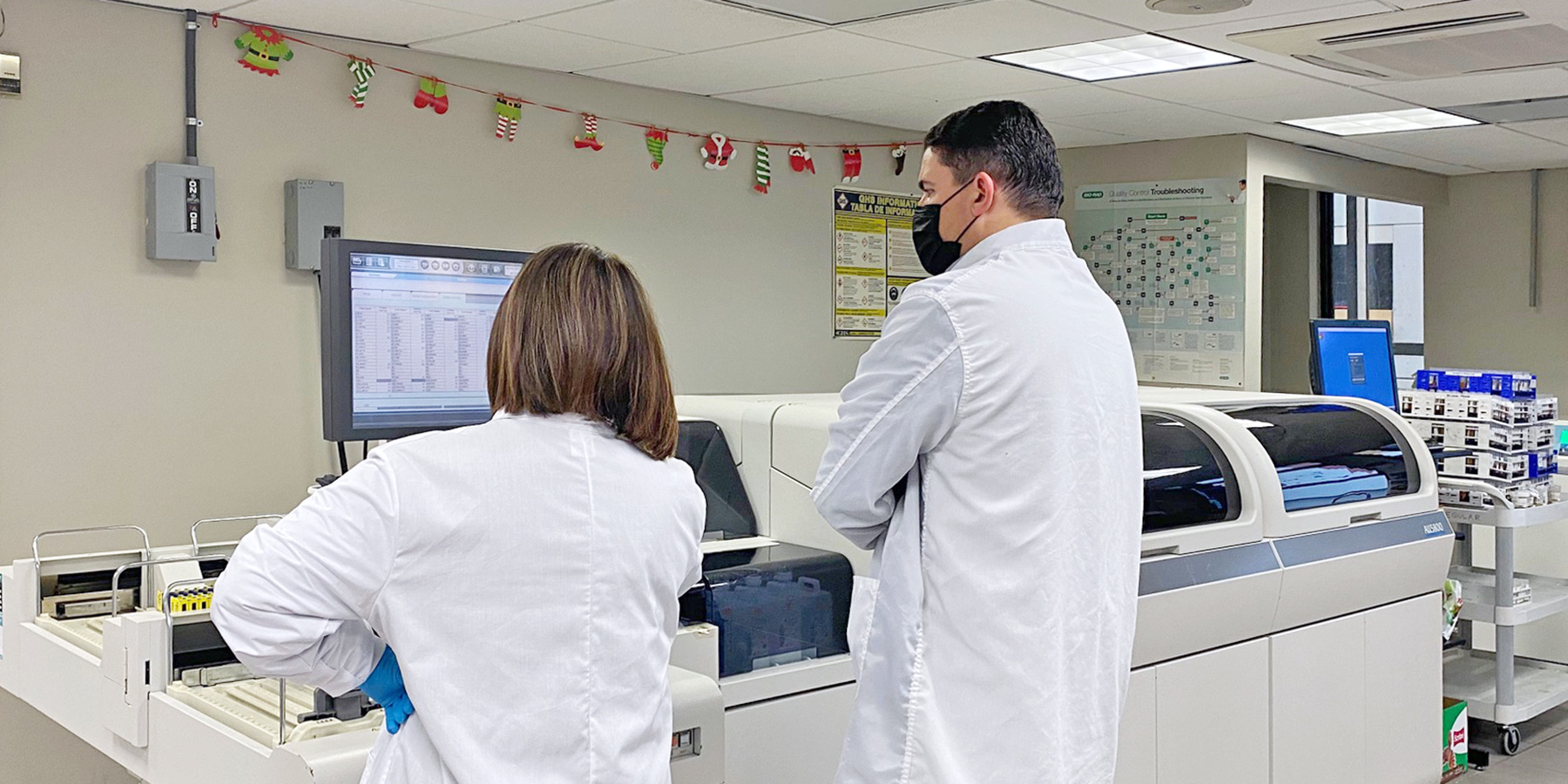 These skills have been needed as the past two years brought the sisters to their greatest challenge yet—expanding and reframing their lab as Puerto Rico’s primary COVID-19 testing site.

Eileen says she learned about the joys of serving a community during her time at Goucher. Today, her daughter attends Goucher, while Kimberly’s daughter graduated in 2016.

“The only thing I regret is that I didn’t go to the Goucher that I see now,” Kimberly says. “The new buildings and additions are so impressive. Maybe one day, if there’s a program for people 50 and older, I’ll come back and get to take another Goucher class. That would be great.”