Students find their center in advocacy and affinity groups

In 2015, Goucher students protested in reaction to the murder of Michael Brown in Ferguson, MO, and the Baltimore uprising over the death of Freddie Gray, demanding Goucher recognize marginalized groups and racial tension on campus.

As a result, Goucher created the Center for Race, Equity, and Identity (CREI), which has become a nexus for students who are LGBTQIA, first-generation, socioeconomically disadvantaged, living with a disability, international, and students of color.

“CREI is a place that was born out of student activism, and it’s something that we maintain today,” says CREI student worker Parker Taggard ’20. “CREI is not here for the administration to tell students how they should face injustices, problems, and oppression. CREI is really a springboard for students to make a difference.”

CREI offers affinity spaces for specific identities so that marginalized people and historically minoritized people can discuss issues and celebrate who they are in positive spaces. Affinity spaces such as #Black Joy, Lavender (for the LGBTQIA community), ASPire (for Asian students), and several others meet multiple times a month. CREI also provides programming for the entire Goucher community, including Tasty Tuesday (an exploration of food from other cultures) and the Gender Affirming Closet (provides clothes to students who identify as transgender or nonbinary), among others.

It’s also a place for students to embrace their identity, Taggard says. “If you look down Van Meter Highway you see lots of different people from all sorts of backgrounds. CREI is about people trying to express who they are, which is its ultimate success,” he says.

Initially, students didn’t understand CREI’s purpose, says Nicole Johnson, assistant dean of students for race, equity, and identity. Now, CREI has evolved into a resource where students find academic help and information about graduate school and internships, even if they don’t identify as a minority group, Johnson says. 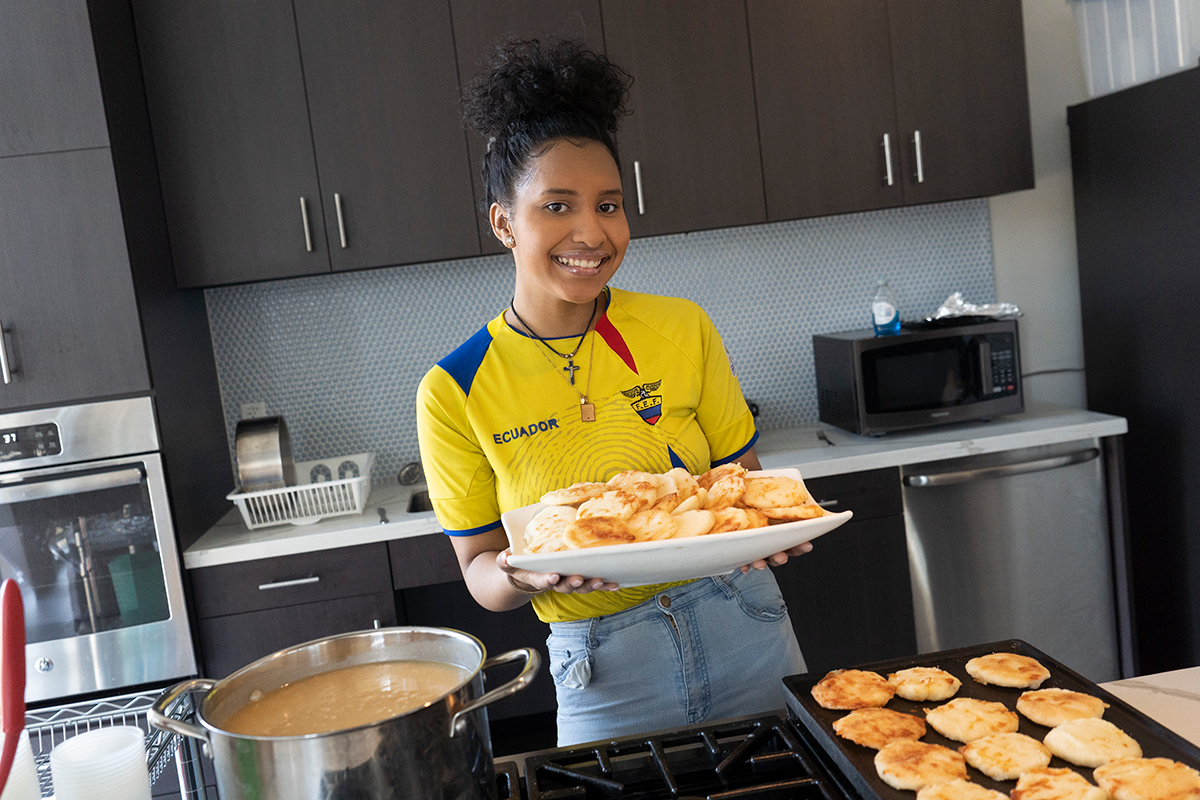 Isabella Corazzini ’22, a program assistant for CREI, whips up some treats for Tasty Tuesday.

“It’s really important that we focus on students and their well-being and champion for the marginalized,” Johnson says, “but also educate all the students so they can be successful here and have the tools to navigate the world, because the world is constantly changing.”

Danielle Williams ’22 found CREI through the Phoenix Scholars Program, now part of the Maryland Scholars Program, which provides first-generation and/or high financial need students with mentorship and academic support. Williams uses both she and they pronouns and is in the CREI office so much that they “loitered” their way into an unofficial position as a CREI ambassador, who spreads the word about CREI and its programs.

“This is a place where I can be my truest self,” Williams says. “Everyone has their nook on campus, and this is my nook. CREI is my second home on campus.”

CREI’s staff are accepting, willing to listen, and well versed about things happening in specific communities, Williams says. They appreciate having space and time to discuss deep issues just as much as they love having a place to do homework, make friends, and just “vibe.”

In the year and a half Johnson has been at Goucher, she has seen students find their agency, she says.

“Even the smallest conversation can make an impact on a student, even though I might not remember it,” Johnson says. “Those are the kinds of things that fill your cup and ground you, and are why you continue to work in higher education. It’s about the students and the impact you have on them.”