The Power of Storytelling

For the Spring 2017 theme semester, Goucher College will explore the personal, the creative, and the academic dimensions of stories. Storytelling invites us to use our imaginations to bring meaning to our experiences or create entirely fictional experiences. Telling a story is a social act, an invitation for others to see the world from a different perspective. Through storytelling, we shape experiences, observations, and data into narrative, seeking to answer the big questions of existence or make sense of our everyday lives.

Stories have the power to connect us as human beings. They can promote self-discovery and healing, or allow voices that dwell on the margins to occupy the center. Stories can also be harmful, as when one story dominates and controls a historical narrative. Stories can confront, challenge, and disrupt, or delight and entertain.

Join us as we spend the semester creating, sharing, and hearing each other’s stories, including retelling, uncovering, and discovering various Goucher stories. Help us consider the role of storytelling as a foundational mode of human communication, across our curriculum and campus community. This semester will challenge, inspire, and empower.

As part of the storytelling semester, we are proud to present the following featured speakers. Tickets are $25 to see Garrison Keillor or Anna Deavere Smith; tickets for the Miss Major Griffin-Gracy, Ann Hamilton, and Curtis Sittenfeld events can be reserved for free. Tickets can be purchased and/or reserved at www.goucher.edu/tickets or by calling 410-337-6333. Goucher students, staff, and faculty may attend all five of these events for free; tickets must be reserved in advance at www.goucher.edu/tickets. 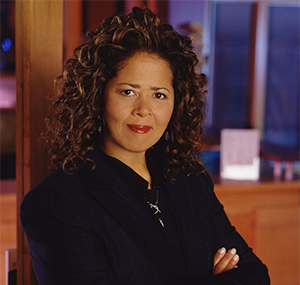 Playwright, actor, and professor Anna Deavere Smith uses her singular brand of theater to highlight issues of community, character, and diversity in America. The MacArthur Foundation honored Smith with the “Genius” Fellowship for creating “a new form of theatre—a blend of theatrical art, social commentary, journalism, and intimate reverie.” Best known for crafting one-woman shows based on conversations with real people from all walks of life, Smith turns her interviews into scripts, transforming herself into an astonishing number of characters.

At Goucher, Smith will perform her show, Doing Time in Education: The School-to-Prison Pipeline. Anna Deavere Smith created the Pipeline Project as a way to apply her signature form of documentary theater to investigate the school-to-prison pipeline—the cycle of suspension from school to incarceration that is prevalent among low-income Black, Brown, Latino, and Native-American youth. In the preliminary stages of developing the piece, she conducted interviews with hundreds of people who are involved in the pipeline at all levels: students, teachers, parents, police, thought and policy leaders, psychologists, community activists, and many more—including persons involved in the Goucher Prison Education Partnership.

Smith has performed in the theater, on TV, and in film. Her breakthrough plays, Fires in the Mirror and the Tony-nominated Twilight: Los Angeles, dramatized the LA Riots in the days that followed the Rodney King trial. 2009’s Let Me Down Easy, which aired on PBS’ Great Performances in 2012, examines healthcare and the resilience and vulnerability of the human body. In addition to appearing on Showtime’s Nurse Jackie, Smith’s television credits include The West Wing, Black-ish, and Madame Secretary. She has appeared in films, including Rachel Getting Married, Philadelphia, and The American President.

In 1997, Smith founded Anna Deavere Smith Works at Harvard. She is a university professor at NYU’s Tisch School of the Arts and an affiliate with the NYU School of Law.

Anna Deavere Smith will be speaking on campus as part of the Robert and Jane Meyerhoff Visiting Professorship Series. 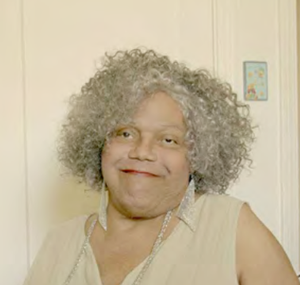 Miss Major Griffin-Gracy, a 75-year-old Black transgender woman, has been fighting for the rights of trans women of color for over 40 years. Miss Major’s personal story and activism for transgender civil rights, from mobile outreach and AIDS prevention to fighting the prison industrial complex, intersects LGBT struggles for justice and equality from the 1960s to today. She is a veteran of the 1969 Stonewall Rebellion and was incarcerated at Attica months after the 1971 Uprising. Most recently, Miss Major has served as the executive director of the San Francisco-based Transgender Gender Variant Intersex Justice Project (TGIJP), a grassroots organization advocating for trans women of color in and outside of prison that is led by trans women of color.

Miss Major’s extraordinary life and personal story is one of resilience and celebration in a community that has been historically traumatized and marginalized. While mainstream gay rights and marriage equality dominate the headlines, Miss Major’s life is a testament to the fierce survivalism and every day concerns of transgender women of color, who so often live in the margin of the already marginalized.

Miss Major Griffin-Gracy’s appearance is supported by the Lilian Welsh Lectureship Fund, the Dorothy Stimson Lectureship Fund, the Center for Geographies of Justice and Cultures; the Center for Race, Equity, and Identity; the Goucher Student Government Social Justice Committee; the Peace Studies program; the Provost’s Office, and the Title IX program. 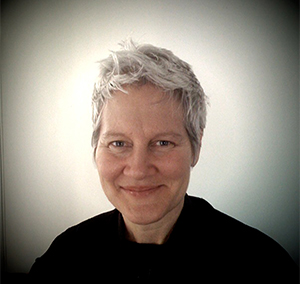 Ann Hamilton is a visual artist internationally recognized for the sensory surrounds of her large-scale installations. Her multi-media environments are a collaboration between the architectural site of her installation, sound, our experience in space, and the inventiveness of the viewer/interlocutor. Her work invites viewers to imagine the histories and stories inherent in a location. Storytelling is embedded in the objects and the spaces she uses, as well as a result of the cumulative effect of her installations. Using time as process and material, her methods of making serve as an invocation of place, of collective voice, of communities past and of labor present. Often using sound, found objects, and the spoken and written word, as well as photography and video, her objects and environments invite the audience to embark on sensory and metaphorical explorations of time, language and memory.

She has described her work process as a “conversation.” She begins with a particular site, and engages in animated discussion with its’ constituent communities, all the while researching its socioeconomic, historical, cultural and commercial contexts. Language is often key to her choice of elements in her installations and to her overall process.

Ann Hamilton will speak about her artistic process and the stories that her artwork tells. Hamilton is visiting Goucher as a part of the Center for Art & Media 2017 Unobskey Visiting Artist Series. 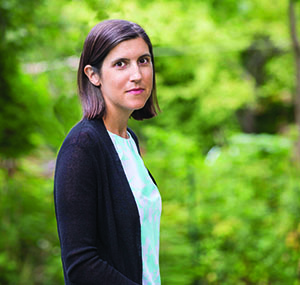 Curtis engages audiences with her deep empathy, keen wisdom, and unerring talent for finding the extraordinary moments in our everyday lives. Her ability to connect with students, libraries, and community and literary groups make for insightful events with engaging discussions.

Curtis Sittenfeld is a graduate of Stanford University and the Iowa Writers’ Workshop. In addition to the 1.6 million copies of her novels in print, her nonfiction has been published by The New York Times Magazine, The Atlantic, Salon, Allure, and Glamour, and broadcast on public radio’s This American Life.

Library 3rd floor main entrance and across the bridge

A variety of initiatives (courses, programs, speakers, workshops, etc.) will take place throughout the semester. These initiatives will promote the following types of activity:

Consider signing up for one of the spring 2017 Storytelling-Themed Academic Courses: