All of the following events are free and open to the public, unless otherwise noted, but tickets must be reserved in advance at www.goucher.edu/tickets or by calling 410-337-6333. 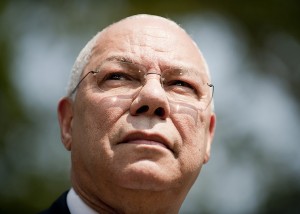 Wednesday, February 4
Kraushaar Auditorium, 8 p.m.
Retired Gen. Colin Powell will be speaking on campus as part of the Robert and Jane Meyerhoff Visiting Professorship Series. The son of Jamaican immigrants, Powell was born in Harlem in 1937 and was raised in the South Bronx. He later became the 65th secretary of state and the first African American to hold the position. The New York Times bestselling author has been at the forefront of U.S. efforts to advance economic and social development worldwide. His talk is titled “Diplomacy: Persuasion, Trust, and Values.” $10 general admission; two free tickets are available for Goucher students, faculty, staff, and alumnae/i. 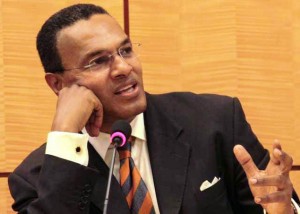 Thursday, February 26
Kraushaar Auditorium, 8 p.m.
Freeman Hrabowski III, the president of the University of Maryland, Baltimore County since 1992, will speak as part of the Robert and Jane Meyerhoff Visiting Professorship Series. Hrabowski is a prominent educator, advocate, and mathematician who recently was named by President Obama to chair the new Advisory Commission on Educational Excellence for African Americans. 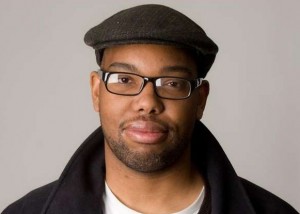 CANCELED: Tuesday, April 14
Kraushaar Auditorium, 7 p.m.
Ta-Nehisi Coates, senior editor and essayist for The Atlantic, will speak as part of the Robert and Jane Meyerhoff Visiting Professorship Series. Known most recently for his essay titled “The Case for Reparations,” Coates writes about culture, politics, and social issues. He is the author of the memoir The Beautiful Struggle.
Due to personal health issues, Ta-Nehisi Coates has had to cancel tonight’s presentation. If it is possible to reschedule in the fall, a further announcement will be made. 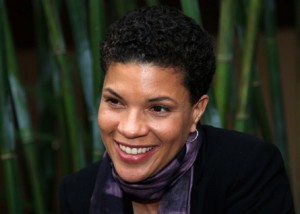 Monday, April 20
Kraushaar Auditorium, 7:30 p.m. lecture, 9 p.m. book signing and reception
Michelle Alexander, a civil rights litigator, legal scholar, and New York Times best-selling author of The New Jim Crow: Mass Incarceration in the Age of Colorblindness, will speak about her observations on race and incarceration in America. Following the presentation there will be a book signing. This event is part of the Roszel C. Thomsen Lectureship series. 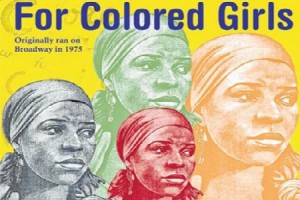 “for colored girls who have considered suicide/when the rainbow is enuf.”

Organizing for Justice in Baltimore: A Conversation

Marisela B. Gomez is a physician scientist, author, public health professional, and community activist. She received a Ph.D., MD., and M.PH. from the Johns Hopkins University and spent 17 years as an activist/researcher or participant/observer in East Baltimore during and after training at the Johns Hopkins Schools of Medicine and Public Health. Past and current writings address social determinants and health, social capital, and urban health disparities in mental health care in incarcerated populations; disparities in substance use treatment; mental health care in the primary health care setting; community organizing and development; and mindfulness practices in organizing. She spends her time between Baltimore City and County.
Dayvon Love is the research director of Leaders of a Beautiful Struggle. Love was a policy debater for the Towson University debate team. In 2008, he and Deven Cooper won the Cross Examination Debate Association National Championship, the first time in history that an all-black team won the tournament. He has been an active participant in the Baltimore Algebra Project and Baltimore CAN. He has given numerous speeches and led workshops around Baltimore to give insight into the plight of the masses of Baltimore citizens.
This will be the first of four events organized by Peace Studies to coincide with a campus-wide, semester-long exploration of the theme of civil rights.

Debating for Democracy (D4D) on the Road™

Saturday, March 7
Buchner Hall, 10 a.m. to 4 p.m.
Are you passionate about political and social issues but not sure how to make a difference?
Learn to have an impact on pressing public policy issues like Climate Change, Access to Education, Marriage Equality, Prison Reform, Gender and Racial Equality, and Social Justice.
Goucher College, in partnership with Project Pericles, will host the Debating for Democracy (D4D) ™ on the Road workshop on Saturday, March 7. This daylong workshop will provide both novice and seasoned activists with the tools and tactics they need to get their message across to policy makers, community leaders, and the public. Project Pericles is delighted to work with John Gilbert, who is the National Field Director for Enroll America. John worked most recently as the statewide Field Director for President Obama’s reelection campaign in Florida, and has worked as the National Training Director for Organizing for America.

Enrollment is limited to 40 participants, and is free of charge. A light breakfast and lunch will be provided.

The workshop is open to all students, faculty and staff. To sign up for the D4D workshop, please use the following link and respond by Friday, February 27th: 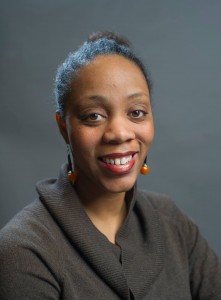 This talk is a part of the Peace Studies Speaker Series.
Breai Mason-Campbell is a Baltimore native, artist, teacher, and community activist. She holds a Master of Divinity degree from Harvard, where her master’s thesis explored the role of hip-hop and dance as a religious and moral touchstone for African American youth. She has directed and performed at the Reginald
F. Lewis Museum, the Baltimore Museum of Art, the Mechanic Theater, and the Hippodrome; and she founded her own theater company, Guardian, in 2003. 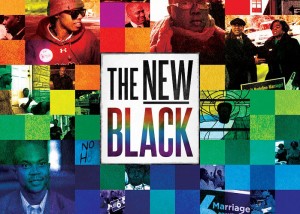 The New Black is a documentary that tells the story of how the African-American community is grappling with the gay rights issue in light of the recent gay marriage movement and the fight over civil rights. The film documents activists, families, and clergy on both sides of the campaign to legalize gay marriage and examines homophobia in the black community’s institutional pillar – the black church – and reveals the Christian right wing’s strategy of exploiting this phenomenon to pursue an anti-gay political agenda. The New Black takes viewers into the pews and onto the streets and provides a seat at the kitchen table as it tells the story of the historic fight to win marriage equality in Maryland and charts the evolution of this divisive issue within the black community. 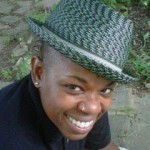 Rev. Merrick Moise is an ordained minister, writer, community activist and teacher living in Baltimore, MD. This native New Yorker is a graduate of Morgan State University with a Bachelor of Science degree in Psychology and a minor in Spanish language. Rev. Merrick was one of the first Black people ordained within the Old Catholic Movement in Baltimore. He was also the first Black field organizer for Equality MD, MD’s LGBT civil rights organization. Rev. Merrick was a co-chair of Creating Change 2012, the National Conference on LGBT equality founded and produced by the National Gay and Lesbian Task Force. He was vice chairperson of Baltimore Black Pride in 2012, the first Black transman to hold that position in the 11 year history of Black Pride in Baltimore. Rev. Merrick is currently the Baltimore Coordinator for Groundswell, a clean energy nonprofit headquartered in Washington, DC. 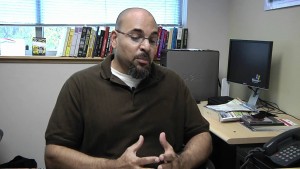 “Malcolm X, the Mixtape, and Obamamania”

This talk is a part of the Peace Studies Speaker Series.
Jared A. Ball is an associate professor of communication studies at Morgan State University in Baltimore. Ball is the author of I MiX What I Like: A MiXtape Manifesto (AK Press, 2011) and co- editor of A Lie of Reinvention: Correcting Manning Marable’s Malcolm X (Black Classic Press, 2012). Ball hosts and produces radio with WPFW 89.3 FM in Washington, DC, and WEAA 88.9 FM and hosts segments with The Real News Network, both in Baltimore. 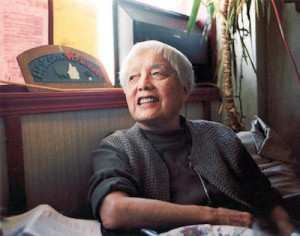 Grace Lee Boggs, 98, is a Chinese American philosopher, writer, and activist in Detroit who has developed a thick FBI file while serving 75 years in the labor, civil rights, and Black Power movements. She challenges a new generation to think creatively and redefine social movements and revolution for our times.

The documentary film, American Revolutionary: The Evolution Of Grace Lee Boggs, plunges us into Boggs’s lifetime of vital thinking and action traversing the major U.S. social movements of the last century.

This event is sponsored by the Goucher Asian Student Union, in collaboration with Peace Studies, Umoja, and FEMCO. Admission is free; $2 contribution toward the Grace Lee Boggs Trust is suggested. 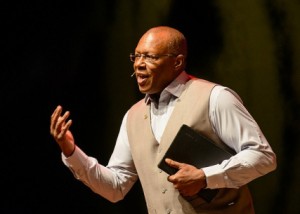 “Sick and Tired of Being Sick and Tired: How Innovative Cultural Tailoring can Help Eliminate Racial and Ethnic Health Disparities”

Rescheduled from March 5.
Jenny Lenkowski, assistant professor of biology, will be hosting a talk with Dr. Stephen Thomas, an expert on race and health disparities from the University of Maryland’s School of Public Health. Thomas is a professor of health services administration and the director of the Maryland Center for Health Equity. 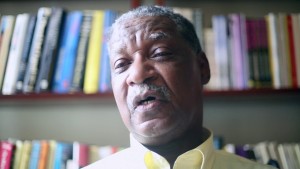 “A Panther’s Perspective on Black Power and Incarceration”

This talk is a part of the Peace Studies Speaker Series.
Marshall “Eddie” Conway was the minister of defense of the Baltimore chapter of the Black Panther Party. Conway spent 44 years behind bars in Maryland as a political prisoner and remains active with prison issues. Friend of a Friend, an organization Conway helped to found while he was incarcerated, works with young men to reduce institutional violence through conflict-resolution training.

In Spring 2015, to honor the anniversaries related to the 20th-century civil rights movement, the entire Goucher community will be exploring the multifaceted, ongoing struggle over the meaning of “civil rights.” Faculty from numerous departments and programs will be teaching these courses to explore the significance of civil rights yesterday and today:

HIS 238: Special Topics in Comparative Colonialism: Decolonization in the Twentieth Century

While not dedicated entirely to Civil Rights issues, the following courses will touch on the theme:

A guide to Goucher Library resources on the Civil Rights Movement and African American history more broadly can be found here:

The follow is a list of monographs on various aspects of the Civil Rights Movement and related issues and struggles. This list is by no means exhaustive; it concentrates mostly on the literature published in the past decade but also includes some classic works.

Feldstein, Ruth. How It Feels to Be Free: Black Women Entertainers and the Civil Rights Movement. Oxford: Oxford University Press, 2013.

Lau, Peter F. From the Grassroots to the Supreme Court: Brown V. Board of Education and American Democracy. Durham: Duke University Press, 2004.

Marable, Manning, and Leith Mullings, eds. Let Nobody Turn Us Around: Voices of Resistance,Reform, and Renewal. Lanham: Rowman & Littlefield, 2009.

Shaw, Randy. Beyond the Fields: Cesar Chavez, the Ufw, and the Struggle for Justice in the 21st Century. Berkeley: University of California Press, 2008.

Sullivan, Patricia. Lift Every Voice: The NAACP and the Making of the Civil Rights Movement. New York: New Press, 2009.