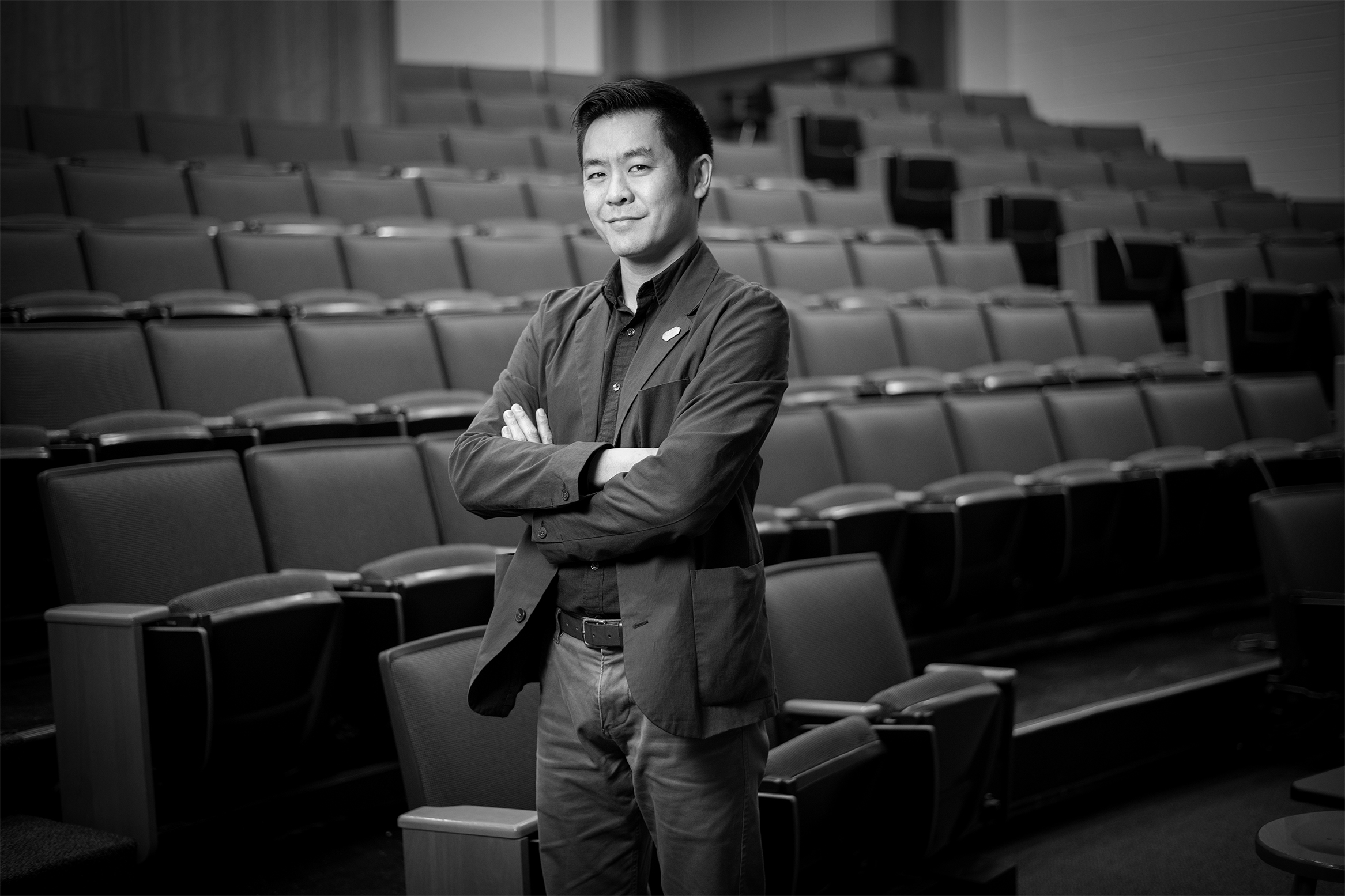 After five years at Niagara University teaching abstract algebra and practical statistics, a faculty position opened at Goucher College. Phong Le ’03 was only a year away from tenure, but he says the decision came down to where he wanted his career to go.

This was Le’s [UNDAUNTED] moment—a choice to stick with the status quo or forge a new direction. But then again, Le was no stranger to change. Fittingly, it was data analysis that convinced a then-music major to follow a different path.

The young classical guitarist and composer had gone through Goucher’s course catalog, circling the courses that appealed to him, and when he’d finished, what he saw surprised him.

After a brief flirtation with engineering, he settled on math, a decision that didn’t exactly come as a surprise to those who knew him.

“I told my sister, ‘I think I’m going to change my major to math,’” he recalls. “She just said, ‘Of course you are, Phong.’ It was one of those things that was evident to everyone else. I’ve always enjoyed math, though it wasn’t always reflected in my grades, and I think choosing Goucher—I knew I could be into lots of different things at a small liberal arts school.”

In a way, the messy interaction between mathematics and the real world is what attracts Le to his profession. In his research, he works on improving computers’ ability to recognize patterns in images—to tell sand, for instance, from a cloudy sky. After graduating from Goucher (with a major in math and a minor in music), Le entered a more theoretical mathematical world in graduate school at University of California Irvine, but his career took another turn when he graduated in 2009, in the middle of a recession.

“I had a good relationship with UC Irvine,” he says, “and they knew I was in a weird spot. I couldn’t find work and I wanted to stay local, so they gave me two classes to teach—one was cryptography and one was statistics. I have no background in statistics … but they can both be taught in a very grounded, practical sort of way, and that’s how I taught them.

“And that statistics course changed my life. We were using mathematics, but we were also thinking about things like human implications of the work we were doing. We were using every part of our brain, and that’s something I’ve since sought out in the work I do.”

It’s Goucher all over again, he thought. “Goucher made me use all my brain, while grad school didn’t, but I got to do that again.”

After graduate school, Le filled in for a professor at Goucher for a semester before taking that tenure-track position at Niagara University. Along with another professor, who taught more-theoretical concepts, he was half the statistics program there.

Then came the position at Goucher. And a chance, again, at a new direction.

“Coming here—one, I know this department,” he says. “Two, we have President José Bowen, with the assumption that what you’re doing now will not be what you’re doing five years from now, and I kind of realized I could do something different with my career.

“Every career has risks. Especially if it matters to you. Choosing Goucher was a leap but they made it a homecoming,” he adds.

Le has been teaching Goucher students to think with their whole brain ever since.

One of the things he’s been doing is a project he undertook after attending a community meeting. Someone was looking for a data analyst, and Le said he could do it. He’d been sitting in meetings with Goucher’s Community Based Learning program, just taking it in, not intending to jump in immediately himself, but there he was.

The organization that needed help was called Charm City Care Connection, which provides healthcare to marginalized communities in Baltimore. They had stacks of intake forms, but no way to use the information.

“I said to my students, ‘You are all data consultants now,'” he remembers. “‘You have to serve the mission of the organization and you have to prove you know statistics and math.’ This became the thing that I later called authentic messiness, which is sort of like my version of real world data.

“This project, again, was one of these things that uses all of my brain, all of the student’s brain. I got them to really think about this on lots of different levels all at once, and they were motivated to learn things outside of class and grow those skills on their own, which is sort of the dream you want in a class like this.”

Moving forward, Le will be looking for other partners to work with, giving his students experience working on real-world problems. It can be difficult, as it was with another partner who wasn’t sure how data could help them, and had to be convinced every step of the way. That ended up, Le says, “being a different kind of messiness, but it was still very authentic. [Sometimes] it’s going to be hard, sometimes you’re going to want more than they can provide, and that’s real life. That is real life.”

Read more [UNDAUNTED] moments and share yours at undaunted.goucher.edu. 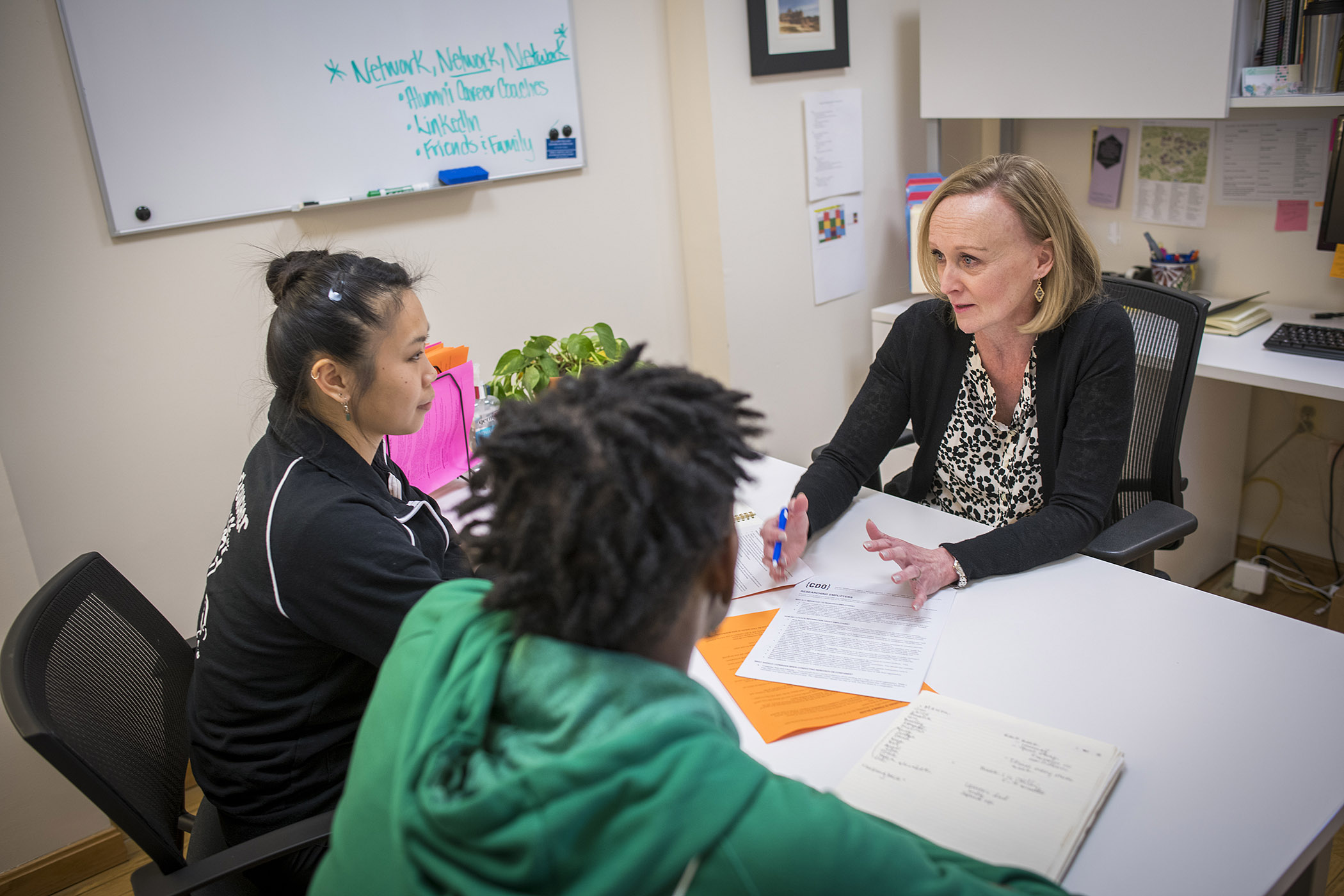