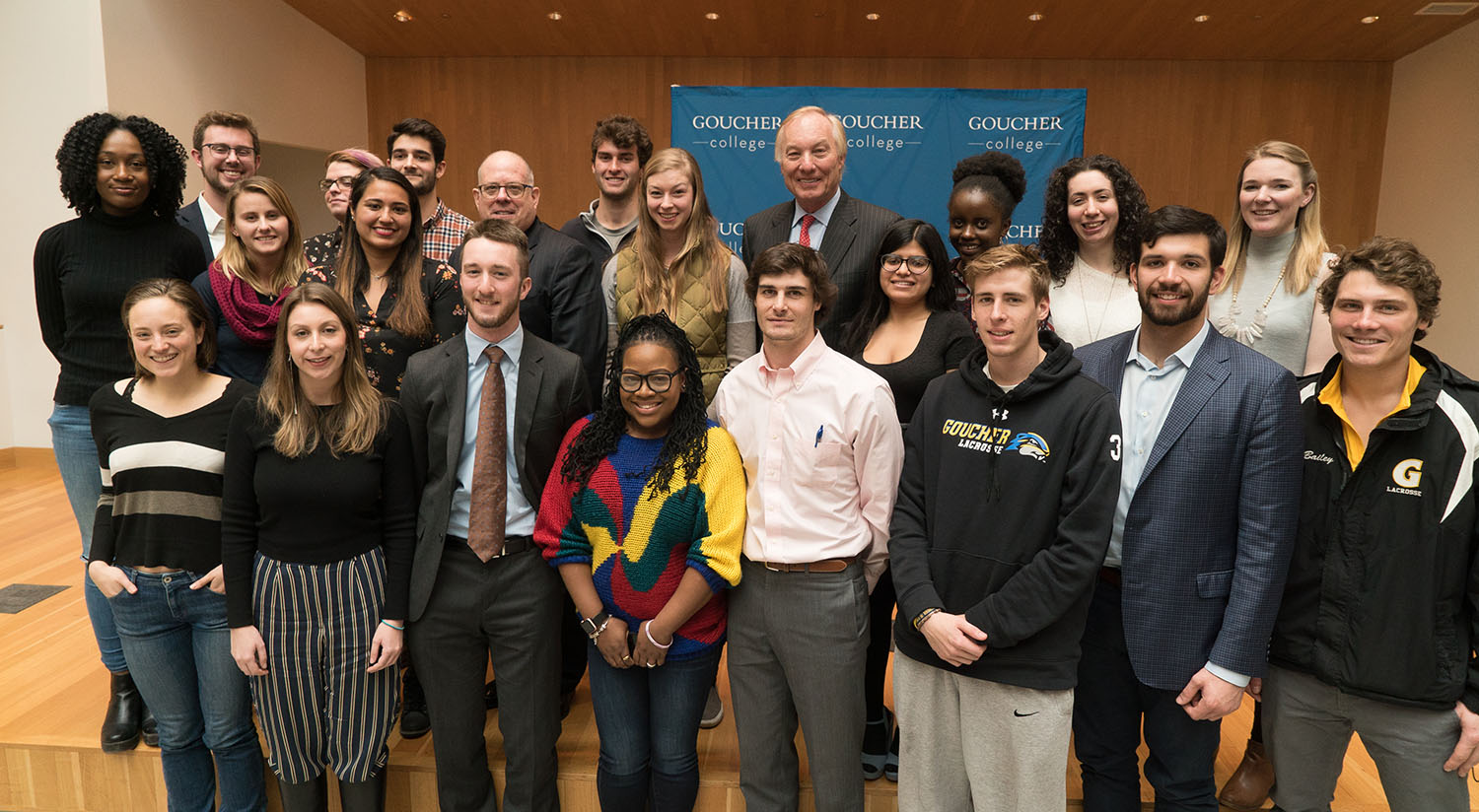 In an era of partisan politics, civic engagement is a vital tool, one that Goucher students practiced using firsthand as they posed thoughtful and important questions to Maryland’s top elected officials and gubernatorial candidates during two recent events.

Hundreds of members of the Goucher community gathered in the Hyman Forum for “Governing Maryland Communities: A Conversation with Governor Larry Hogan and Comptroller Peter Franchot” on March 14, and the “Young Voters Forum” brought seven Maryland Democratic gubernatorial primary candidates to campus to meet and discuss pressing issues on February 2.

Education, transportation, gun reform, and other timely topics were discussed at both events, which featured questions submitted and posed by students. Dr. Mileah Kromer, the director of the Sarah T. Hughes Field Politics Center, supported the students through the event process and helped bring all of the officials to campus.

“It was important for me to be a part of this event, not only because I’m a Maryland citizen, but because watching both Governor Hogan and Comptroller Franchot put aside their political differences and work toward a better community is inspiring,” said Meera Balasubramanian ’19, who hosted the “Governing Maryland Communities” event.

Moderated by Ashley Aylward ’18, Peter Cost ’18, and Surbhi Surbhi ’19, Gov. Hogan advocated for “bipartisan, common sense solutions” to the many issues facing the state and the nation. Comptroller Franchot echoed that sentiment and asked politicians to simply have an “exchange of good ideas, whether they be Democrats or Republicans.”

The overall tone between the two elected officials invited inclusion and both men emphasized getting more young people out to vote as a vital element for political discourse and debate. Gov. Hogan and Comptroller Franchot each encouraged students to stay in Maryland after graduation to work toward creative solutions for the state’s future.

“Governing Maryland Communities” was a part of the “Defining Communities” theme semester, which explores concepts, cultures, and practices of what it means to be in a community through events and programming.

The event was co-hosted by Aylward and Ian Furst ’18, with Balasubramanian, Kara Pride ’18, and Drew Phillips ’18 moderating the event.

“My experience at Goucher has been defined by the incredible political engagement of the student body. I hear the discussion of politics a lot in the classroom, but I hear it just as often in line at Alice’s [Restaurant] or walking down Van Meter highway,” said Aylward. “My hope was to show students that this [event] is one pathway in which they can get their voices heard and actively work toward the change they want to see in the world while also showing the candidates that the youth voters have a lot to offer.”

Each of the participating candidates had the opportunity to introduce themselves to the crowd of students and address what they felt is the most important issue facing young voters in the state of Maryland.

“I was impressed with how all of the candidates were very engaged with the youth issues and that they and their staff were engaging with the students after the event,” said Furst. “Our goal was to connect Goucher students and the candidates, and we were able to do that with the forum.”

Funded by an endowment made by the late Judge Sarah T. Hughes 1917, the Sarah T. Hughes Field Politics Center sponsors a variety of activities designed to facilitate student involvement in governmental and political affairs, including the Goucher Poll. 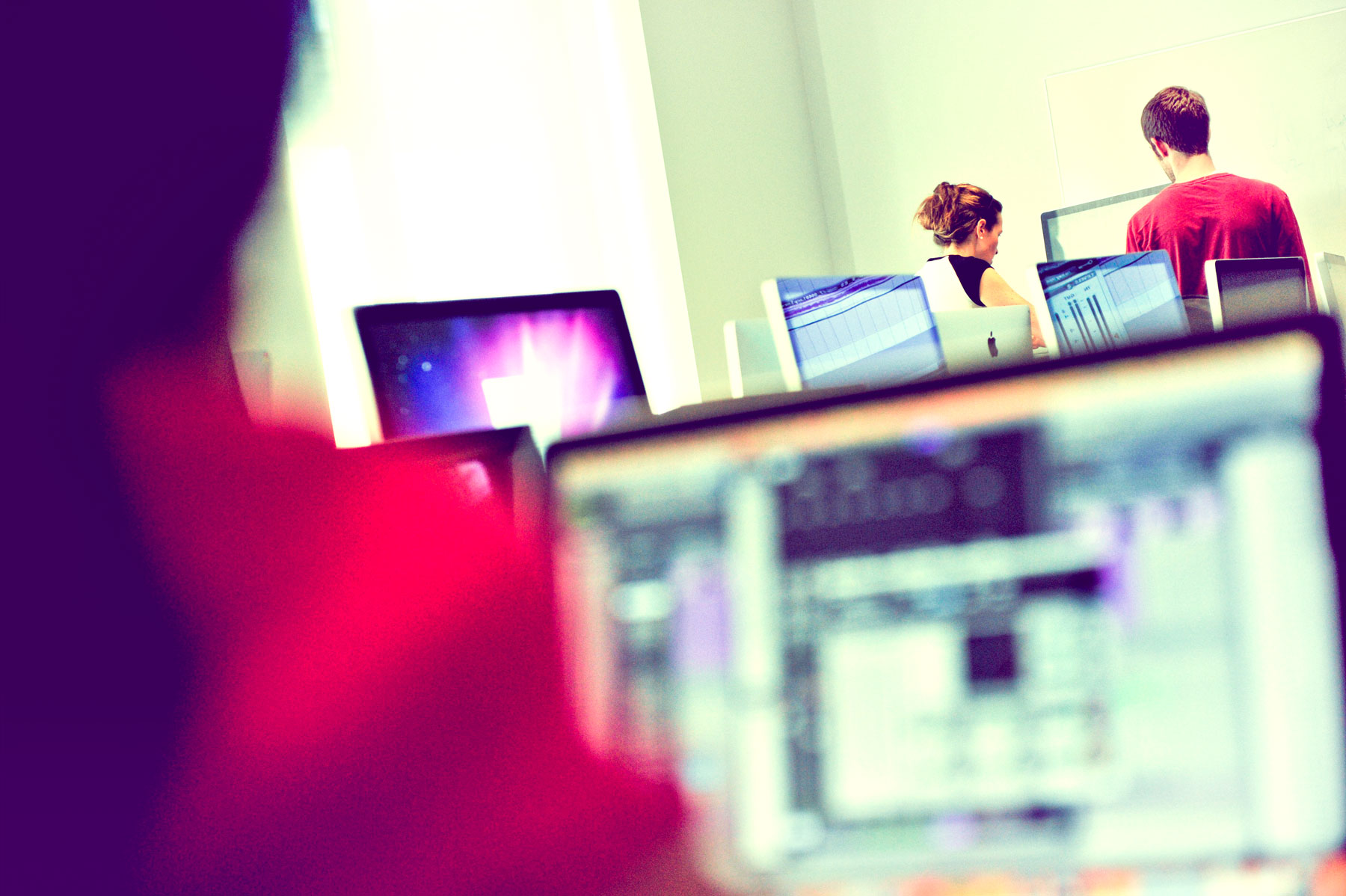