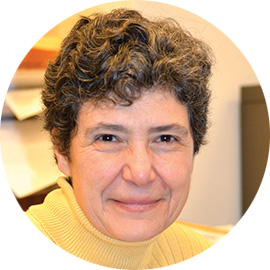 Could you describe your career (what you do, where you do it, why you do it)?

I’m the George R. Cooley Curator of the Swarthmore College Peace Collection, a special collections library and archives here at Swarthmore College. We collect materials in all formats relating to grass roots peace movements from around the world, which we make accessible to scholars and the general public. As a historian, I also conduct my own research on women’s history; I’ve written several articles and co-edited a couple of books.

As curator, I make decisions about what we collect, direct the staff members who preserve the historical materials and make it accessible. I also provide outreach for the Collection.

One of our newest manuscript collections, which we received last year, is the papers of Juanita and Wallace Nelson. They were African American civil rights activists and war tax resisters. They lived in Massachusetts and were very active in their local community, working on social justice issues. The Nelsons lived simply and grew a lot of their own food. This is a great collection for us, covering important historical changes from the 1940s to the present.

What brought you to Swarthmore?

I had no formal training in libraries or archives, but had supported myself with academic library jobs in graduate school. I was working on my doctorate in women’s history [at SUNY Binghamton] when I applied here for a year-long position in the Peace Collection. I was asked to create a paper guide (at that time, it was still paper!) for the all the manuscript collections here on women and women’s peace organizations collections here. That was 30 years ago—and  I’ve been here ever since. In 1988, I became curator. It’s a great job for a historian.

What has been your biggest professional accomplishment?

I don’t go in for ‘biggest,’ but not only do I work here in the Peace Collection, but I also do research on my own projects as well. I’ve co-edited a couple of books on women in utopian communities; and another on Nobel Peace Prize winner, Jane Addams.

My latest work is a digital humanities project, which I founded with a couple of colleagues, and is called Her Hat Was in the Ring. We are collecting information on all U.S women who campaigned for political office before 1920. We’ve collected and published [in an online database] material on about 3,300 women. It has opened up a lot of new speculation in history about why and when women participated in the formal political process in the U.S. If you speak to most historians, I think that even now they not know that women ran for office—and won—as early as 1853. So far we’ve found 10 women who were elected in the 1850s, with at least 1,500 more women in office before the turn of the century. This was decades before most women had the vote in the U.S.

The project is very timely for all kinds of reasons; among them is the ratification of the 19th Amendment coming up in 2020.

How did Goucher prepare you for your career?

I was a double major in history and women’s studies. I took what was probably the first class in modern women’s history from Jean Baker—maybe in 1974. And I was the second person at Goucher to have a major in women’s studies.

What is your most vivid Goucher memory?

I certainly remember Jean Baker’s women’s history class. My memory was that it was so crowded that there wasn’t enough room for all the students to sit at desks. It was that popular, and we were all so eager to learn more about the history of American women—our own history.
I had always been interested in history. I came to Goucher wanting to be a historian, and, I began reading a lot of women’s texts not only in history, but also in political science, sociology, religion, and psychology—and they all struck chords with me. I also always have been interested in social justice issues. I was involved in the Women’s Center at Goucher when I was there and have continued to be involved ever since.

To learn more about the Her Hat Was in the Ring project, visit www.herhatwasinthering.org. 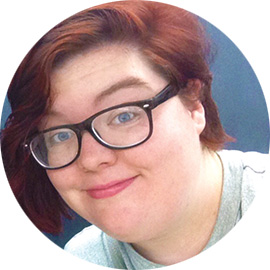