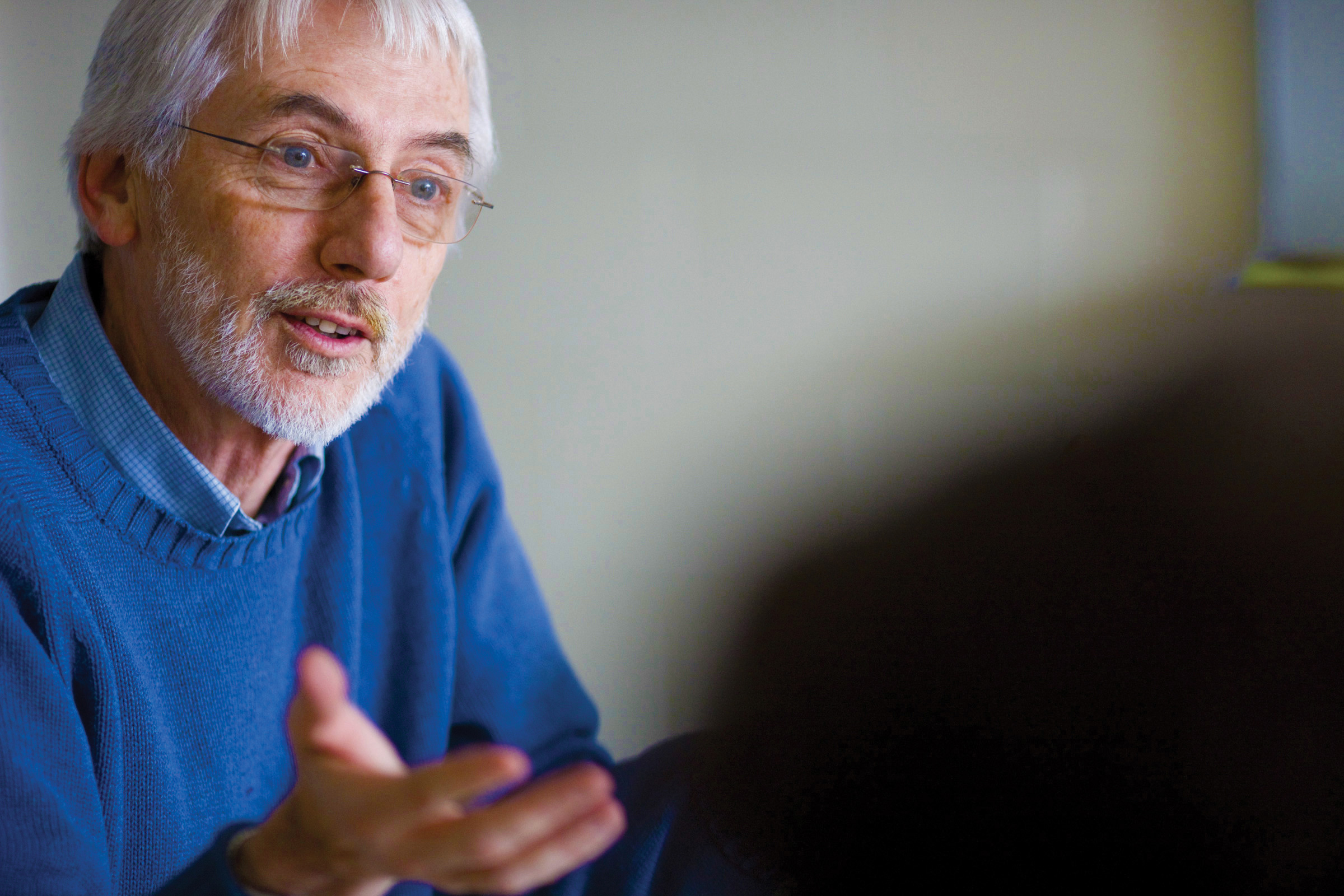 In the autumn of 2000, Bob Welch welcomed members of the incoming first-year class to the Goucher campus—“an exciting place where we all can share in the creation of new ideas, new research, further investigation, unravel puzzles, pursue truths.”

Welch was speaking as Goucher’s acting president— a role that “I never particularly aspired to and a role that I never dreamed I might find myself in,” he told the newest members of campus. “Yet here I am.”

But he had little doubt that his own liberal arts education was the best possible preparation for almost any endeavor. Such an education, he told the students, “will serve you incredibly well by allowing you to adapt to unforeseen circumstances. It is a skill that makes it possible for personal re-invention.”

A heartfelt belief in the power of a liberal arts education and in Goucher College infused Welch’s work during his 25 years here as associate academic dean, dean of academic affairs, acting president, teacher of philosophy, and colleague.

Known as a diplomatic and adept administrator, a talented problem-solver and builder of bridges, a philosopher and dedicated teacher, and an aficionado of puns and home-brewed beers, Welch could be counted upon to unearth new solutions to constrained budgets, reach out to struggling students, serve on committees, and steadfastly attend alumnae/i events. He died February 28 after a two-year battle with cancer.

With Welch’s death, Goucher President José Antonio Bowen said when announcing the news, “the Goucher community has lost one of its treasures. Bob loved Goucher deeply, and our community loved him just as much.”

When Welch arrived in 1989 to serve as Goucher’s associate academic dean, the college was still a newcomer to coeducation; one of Welch’s first assignments was to head the committee that oversaw the first-year experience. In 1993, he became vice president and academic dean. Among other accomplishments, Welch was instrumental in expanding the college’s program of continuing education, and the Robert S. Welch Center for Graduate and Professional Studies was named in his honor. Together with other faculty members, he created the individualized interdisciplinary major and pioneered the Interdisciplinary Studies Program.

“He was ahead of his time in terms of adult education and online learning. And he was a philosopher with a brilliant mind, but he was low-key so he never was intimidating,” said Noreen Mack, who worked closely with Welch before retiring in 2009 as director of marketing and new program development for the Welch Center.

“He had a ‘let’s go for it,’ spirit, and he was always receptive to creative, new ideas.”

As academic dean, Welch became known as a collaborative leader with a willingness to consider new ideas no matter their origin. “Whenever any of the chairs or program directors like me would ask him for something that required funding, he would say, ‘Don’t ask me today. I can’t say “yes” right now. Ask me again next week,’” said John Rose, professor of philosophy, who served as chair of the philosophy department from 1988-2003. “And then he would go off and work with his budgets to make it happen.”

In 2000, when President Judy Jolley Mohraz announced her resignation, he was appointed acting president for the following year. As former President Sanford J. Ungar said: “Bob Welch led Goucher through an important transitional period with grace and skill. He was able to do that because he knew the college and its people so well and believed in its mission and its future.”

A native of Middleboro, Massachusetts, Welch earned a bachelor of arts degree from Brown University, where he met his wife, Patricia “Pat” Farrell Welch, in a history of religion class. After working for several years as a middle- and high school teacher in the Rhode Island public schools, he earned a master of arts degree and a doctorate in philosophy at the University of Massachusetts, Amherst, writing his dissertation on the French philosopher René Descartes. He also worked in several administrative positions including as budget officer and manager of special programs such as the Women’s Educational Equity Project, Black Student Union, and the Honors Program.

In 1985, he and Pat Welch, a certified public accountant, moved to Baltimore, when Welch accepted a position as dean of Homewood schools administration at the Johns Hopkins University. The couple has a son, Ryan, an associate with a Philadelphia architectural firm.

While still at the University of Massachusetts, Welch was introduced to home-brewed beer by a professor of microbiology, and the two men honed their brewing techniques in a university lab. Welch remained interested in fine beers throughout his life, presiding annually over sold-out beer tastings at Goucher’s Alumnae/i Weekend, overseeing the beer tent at the Charles Village Festival, and offering home-brewing lessons as part of silent auctions held in support of local charities.

For all his administrative successes, Welch remained at heart an educator. Throughout his years as dean, he frequently taught a section of what would now be called Frontiers, as well as a course focusing on Descartes and, in 2001, when he stepped down as acting president, he joined Goucher’s philosophy department as an instructor, teaching until he became ill.

“I really appreciated the way he would step away from his official duties to talk about what it meant to be human,” said Andrew Ervin ’93, who is the Spring 2016 Kratz Center writer-in-residence and who enrolled in Welch’s Descartes class as an undergraduate. “He knew the material so deeply, it was so ingrained in his bones, that it seemed like he could have a conversation off the top of his head about it.”

Upon Welch’s death, his family received condolence letters from faculty, staff members, and students who wrote of the impact he had on their lives. One student wrote that he “made me a better writer, better thinker, and a better philosopher.” Another described how, in great part due to Welch’s mentorship during her freshman year, she had overcome significant personal challenges.. “He didn’t know about my personal struggles, but he didn’t have to know to show kindness and encouragement,” she wrote. “These were things that he showed to everyone.” 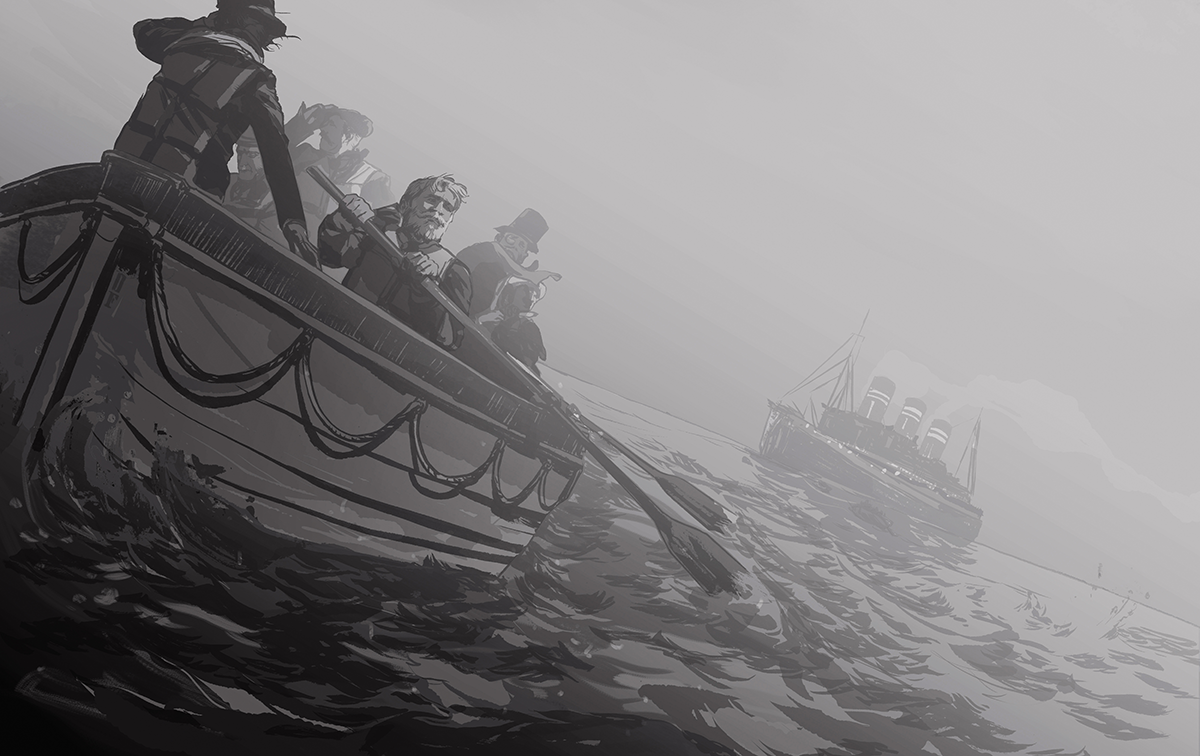