New leaders of the AAGC 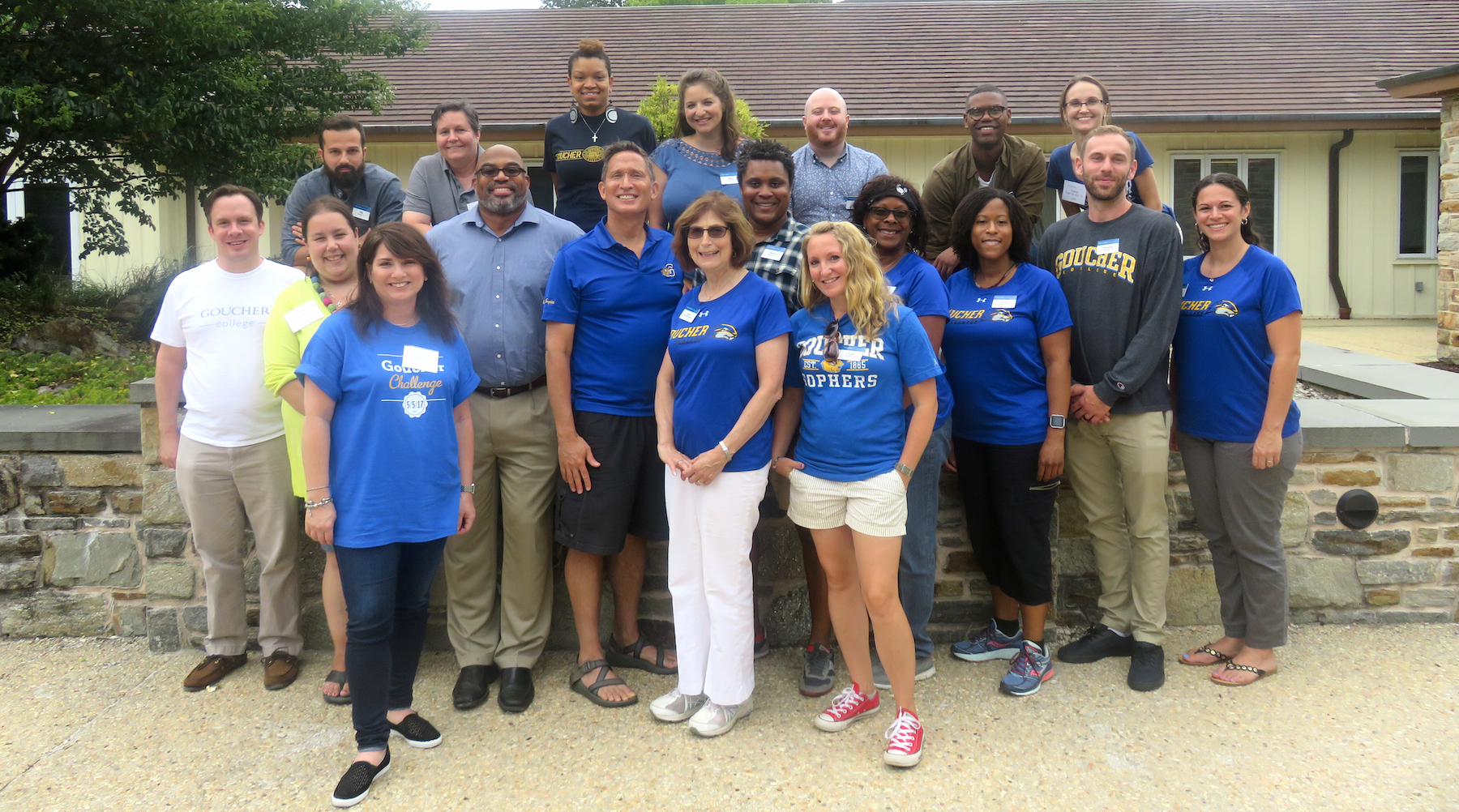 For over 100 years, the Alumnae and Alumni of Goucher College (AAGC) has been an integral part of the college, serving as a voice for alumnae and alumni, witnessing and influencing Goucher’s history. From the decision to move the campus to Towson, to the development of countless strategic plans, to the hiring of many of our college presidents and top administrators, including our current leader, President José Bowen, the AAGC has strong roots in Goucher’s history and will continue to serve alumnae/i into the future.

The AAGC Board of Directors welcomed new alumni to the top leadership positions this summer and created two new officer-level positions to put a renewed focus on admissions and annual giving.

“We don’t want to just be passively reading reports,” she says. “We want to be active and give back to campus. That goes beyond donations, it goes to engaging with students, guest lectures, alumnae/i career networking sessions, coffee chats. We’re trying to find more of those opportunities.”

“The Career Development team has some great programs that every alumnus and alumna should be involved with,” he says. “I know not all of us are in a position to donate a significant amount of money back to the college, but each of us can certainly donate time and expertise to help a current student or recent alumnae/i advance their careers.”

“There are a number of ways to support Goucher, from donating time as a career coach, supporting presidential tours, attending events, and more,” adds new board Secretary Brendan McFadden ’13, who teaches math in the Baltimore City Public School system. McFadden says Goucher played a big part in landing him his own first job for Teach for America when his interviewer looked over his resumé and told him, “I got my master’s from Goucher and I never learned as much and felt so prepared in my life.”

In addition to career development, the AAGC is making moves to support recruitment and admissions of new students. Kimberley Gordy ’06, who works as the director of college counseling at St. Timothy’s School in Stevenson, Maryland, will fill a new admissions liaison position on the board, where she will focus on working with admissions staff to expand the base of applicants to the college.

“I am looking forward to helping build our alumni base to assist admissions in reaching more students,” Gordy says, “and aiming to equip alumni with effective communications strategies for this ever-changing high school audience and their parents.”

Gordy said she took a lot away from her own experience at Goucher, but it’s a recent innovation she’s been focused on.

“My biggest takeaway from Goucher was realizing how central and fulfilling cultivating relationships is for me,” she says. “President Bowen has come along and articulated the ‘Three R’s’ in a way that resonates with so many people who love Goucher, and ‘Relationships’ are so central to the fabric of what makes Goucher special.”

Relationship-building will also be a key for board member Carol Hirschfeld Roth ’70, a retired teacher and administrator in the School District of Philadelphia. Roth steps into another newly created role this year as annual giving liaison for the board, working with the college’s Advancement Office to secure the college’s future.

“My priority for the AAGC is to support the college in seeking ways to increase the percentage of alumni giving,” says Roth. “I feel it is critical to help alums understand the importance of donating to the capital campaign and to scholarship assistance for the future of Goucher.”

“I love working with our AAGC members and rely on them to be the critical eyes and ears for all alumnae/i, ” says Jennifer Pawlo-Johnstone, Goucher’s ‎executive director of alumnae/i engagement. “With new leadership in place, including the new liaison positions, we’re focusing our efforts more directly on these crucial areas for the college. We are eager for more alumni involvement and engagement and we have the right leadership in place to keep our momentum moving forward. ”

Interested in serving as an alumnae/i volunteer or on the AAGC? Contact Jen Pawlo-Johnstone at jennifer.pawlojohnstone@goucher.edu or 410-337-6181.

Previous Article
Q&A with Melinda Burdette ’72
Next Article
Why did the residence halls cross the road?

Why did the residence halls cross the road?
Chris Landers August 15, 2017