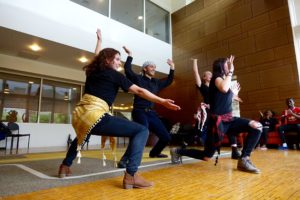 Come and learn dabkeh , an Arabic folk dance that will bring you closer to the Middle Eastern culture and make you have a good time 🙂

Thursdays from 7pm to 8 pm in the Welsh Piano Room. 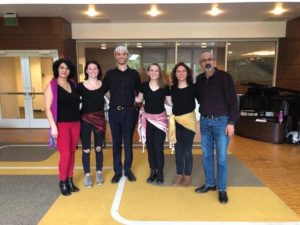 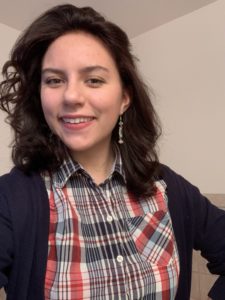 Salut! My name is Adi I am a International Relations and French double major. This is my FOURTH year living in the Language House and I am truly so grateful for what Language House has offered me my entire college education. Going to French table every week has been a lifesaver for me in terms of becoming more comfortable with speaking French casually. By the time I went abroad to Brussels my junior year, I had no issue initiating conversations with native French speakers and picking up colloquial phrases. Language House helped improve my French and become friends with like-minded people who also share a passion for learning languages. This place will always be a second home for me. I have also been able to arrange my own language events through Language House, 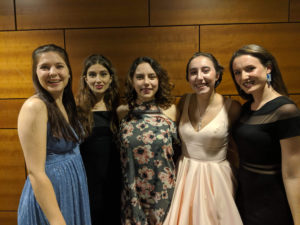 specifically for other speakers and learners of Arabic. In collaboration with the Language House professors, I have been able to plan and create Arabic tables, cooking events, and cultural activities. The most popular event I, the Arabic Club, and the Language House have created so far together are our dabkeh lesson nights. Together, we learn dabkeh (Arabic folk dance) which is super fun and easy and gives non-Arabic speakers an exciting look at Middle Eastern culture. I hope to see you at some dabkeh lessons in the future :).

Some Language House members got together to celebrate Valentine’s day and we created cards and little chocolate gifts for all the residents. It was a delicious event 🙂 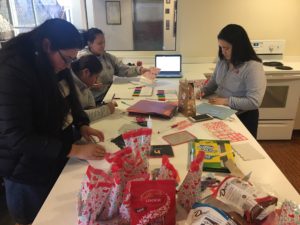 “TOC TOC Summary From IMDB:
In the waiting room of an international well-known doctor expert in treatments for TOC (“Trastorno Obsesivo Compulsivo”; Spanish for “Obsesive Compulsive Disorder” or OCD) meet some people who by a malfunction of a new computer program have been dated the same day at the same time. In the group are the next: Emilio, a taxi driver expert in astronomical mathematical calculation who too is affected of Diogenes Syndrome (hoarder disorder); Blanca, a lab worker who suffers of mysophobia, an extreme panic to all virus and bacteria; Ana María, a prayerful religious with disorder of verification; Otto, a young guy with obsession by symmetry unable to step the cracks in the pavement lines; Lili, a nice young girl and gym coach who is affected at the same time by palilalia (unintentional repetition of quotes, words and syllables said by oneself) and echolalia (unintentional repetition of quotes, words and syllables said by other person); and finally Federico, a mature aspiring lawyer affected …”