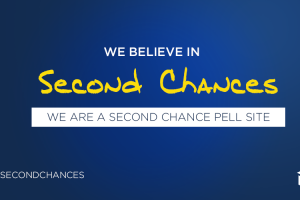 Goucher and the Second Chance Pell Pilot Program in the news:

(Baltimore, MD)—Goucher was one of 67 colleges and universities selected nationally to participate in the Department of Education’s Second Chance Pell pilot program, which will allow incarcerated Americans to access Pell Grants to pursue post-secondary education.

“I believe in second chances—and I think we need more…programs like the Goucher Prison Education Partnership,” U.S. Secretary of Education John B. King Jr. said in a recent interview with U.S. Weekly.

The Goucher Prison Education Partnership (GPEP), a division of Goucher College, has offered men and women incarcerated in Maryland the opportunity to pursue an excellent college education since 2012. Since its inception, GPEP has awarded college credits, setting Goucher students at the prisons on a path toward earning a bachelor’s degree. GPEP offers a selection of Goucher College classes that are the same as those taught at the main campus in Towson, Maryland. They are highly transferable, allowing men and women released before program completion to finish their education on either Goucher’s main campus or at another college or university.

Through the Second Chance pilot, incarcerated individuals who otherwise meet eligibility requirements and are authorized for future release could access Pell Grants to pursue postsecondary education and training. The goal is to increase access to high-quality educational opportunities and help men and women like those enrolled through GPEP to transition successfully out of prison and back into the classroom or the workforce.

“We are proud of our Goucher students at the prisons, and proud to be part of the national conversation about access to quality education and justice. The Second Chance Pell Pilot, along with the continued support of our visionary private donors, will allow us to deepen and expand the college in prisons in Maryland,” said Amy Roza, GPEP Director.

In 1994, Congress amended the Higher Education Act (HEA), eliminating Pell grant eligibility for incarcerated students, despite Pell dollars accessed by incarcerated citizens being less than one percent of the overall national Pell budget. The Second Chance Pell Grant Pilot will test whether the 20-year ban on Pell Grants for eligible students while they are incarcerated should be lifted.

The announcement underscores a growing national commitment to create a more fair and effective criminal justice system, reduce recidivism, and combat the impact of mass incarceration on communities. Goucher students, whether at the prisons or on the main campus, are empowered by their educations to live socially, professionally, and politically engaged lives. Other potential outcomes include improved lives for the 2.7 million children of incarcerated parents in this nation.

Through GPEP, Goucher College has offered more than 75 courses at the prisons. Goucher plans to enroll approximately 100 students at the Maryland Correctional Institution for Women (MCIW) and the Maryland Correctional Institution – Jessup (MCIJ), in the coming academic year.  In addition to Goucher college classes, GPEP provides college preparatory courses for prospective Goucher students at the prisons who need additional support to be ready for rigorous college coursework.

In courses at the two prisons, students are held to the rigorous academic standards for which Goucher is known. Courses are taught on site by Goucher College faculty as well as by outstanding professors from nearby colleges and universities. In addition to support from the Second Chance Pell Grant Pilot, GPEP students’ educations are made possible through the generosity of private funders and individual donors.

The entire Goucher academic community is enhanced and strengthened by the inclusion of these talented, dedicated students at the two prisons. This work together stimulates awareness and meaningful dialogue in and beyond the Goucher community about justice, incarceration, and educational access.