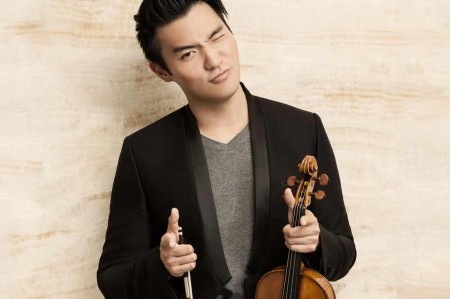 Rising star classical violinist Ray Chen will be the featured performer at Goucher College’s 56th Annual Henry and Ruth Blaustein Rosenberg Lecture-Performance on Sunday, February 28, at 7 p.m. in the Kraushaar Auditorium. Chen is among the most compelling young artists today, profiled by The Strad and Gramophone magazines as “the one to watch.” He is a tireless advocate for classical music, fervently promoting the genre and broadening its reach to audiences young and old.

Winner of the Queen Elisabeth and Yehudi Menuhin Competitions, he has released three critically acclaimed albums on Sony, including a recital program, Virtuoso, of works by Bach, Tartini, Franck, and Wieniawski, as well as the Mendelssohn and Tchaikovsky concertos with Swedish Radio Orchestra and Daniel Harding. Virtuoso was recognized with the prestigious ECHO Klassik award. His third recording, an all-Mozart album with Christoph Eschenbach and the Schleswig-Holstein Festival Orchestra, was released in January 2014.

Chen will be joined by gifted American pianist Julio Elizalde, a multi-faceted artist who enjoys a versatile career as a soloist, chamber musician, artistic administrator, educator, and curator. Elizalde has appeared with many of the leading artists of our time.

The program will include violin sonatas by Beethoven and Camille Saint-Saens, a solo sonata by Eugène Ysaÿe, and Manuel de Falla’s Suite Populaire Espagnole, for violin & piano.