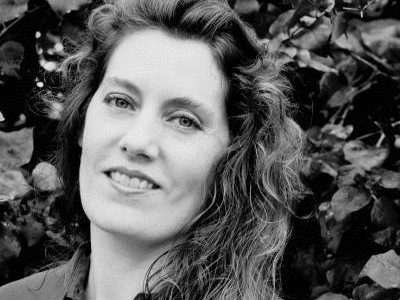 Goucher College is pleased to announce that Kathleen M. Anderson will be the 2015-16 Jane Austen Scholar-in-Residence.

Dr. Anderson is a professor at Palm Beach Atlantic University and a specialist in 19th-century British literature. She is the author of Jane Austen’s Guide to Thrift and a number of scholarly and popular essays on Austen that have appeared in such publications as Persuasions: The Jane Austen Journal, Persuasions On-Line, Women’s Studies: An Interdisciplinary Journal, European Romantic Review, Victorian Poetry, Sensibilities, and Renascence. Her nonfiction essays, including “Why Cornel West Loves Jane Austen,” have appeared in The Huffington Post, Christianity Today, The Chronicle of Higher Education, Commonweal, Teen Magazine, and the collection, Unrooted Childhoods: Memoirs of Growing Up Global. Anderson is working on a study about female characters and gender issues in Austen’s work.

The Biennial Jane Austen Scholar-in-Residence Program brings a competitively selected scholar to Goucher for a week to research the college’s Alberta H. and Henry G. Burke Papers and Jane Austen Research Collection. The chosen scholar also works with related undergraduate classes and presents a public lecture on an Austen-related topic. In her application for the program, Anderson proposed a lecture titled “Emma as Medieval Queen: Jane Austen’s Glorification of Female Hospitality,” which will focus on Austen’s allusion to medieval traditions and symbols in Emma.

In 1975 Goucher College received the extraordinary Jane Austen collection that Alberta Hirshheimer Burke ’28 and her husband, prominent Baltimorean Henry Burke, had acquired over a period of 40 years. This internationally recognized collection consists of Austen first editions, rare period publications related to the life and landscape of rural England, and Alberta Burke’s own notebooks of Austen-related memorabilia and correspondence with Austen collectors and scholars. In 2000, in celebration of the 25th anniversary of the collection, Goucher College established the competitive Biennial Jane Austen Scholar-in-Residence Program.

This year, Goucher will be celebrating the 200th anniversary of the publication of Emma with an exhibit and events spotlighting the rare U.S. edition of the novel and the rest of Goucher’s world-class Jane Austen collection. For more information, go to www.goucher.edu/EmmaInAmerica.