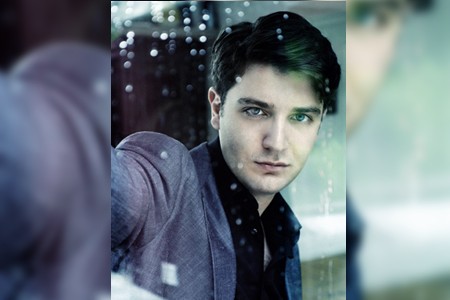 The event is open to the public, but tickets are required for all attendees. Tickets are free for Goucher students, faculty, staff, and alumnae/i; $10 general admission. Tickets must be reserved in advance at www.goucher.edu/tickets or by calling 410-337-6333.

First-prize winner at the Leeds and Hamamatsu international piano competitions—and a 2009 Avery Fisher Career Grant recipient—Bax has appeared as soloist with more than 100 orchestras, including the London and Royal Philharmonic orchestras, the Dallas and Houston symphonies, the NHK Symphony in Japan, the St. Petersburg Philharmonic with Yuri Temirkanov, and the City of Birmingham Symphony Orchestra with Sir Simon Rattle.

Bax’s 2014 album, Alessio Bax Plays Beethoven, was picked as an editor’s choice by Gramophone, which named him among “the most remarkable young pianists now before the public.”

Bax graduated with top honors at the record age of 14 from the conservatory of his hometown in Bari, Italy, where he learned under with Angela Montemurro. He studied in France with François-Joël Thiollier and attended the Chigiana Academy in Siena under Joaquín Achúcarro. In 1994 he moved to Dallas to continue his studies with Achúcarro at Southern Methodist University’s Meadows School of the Arts, where he is now on the teaching faculty.