More Results From the Goucher Poll 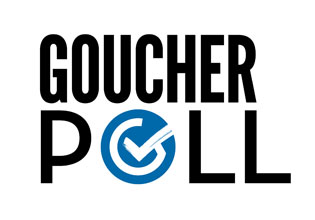 The Goucher Poll asked Marylanders for their perspectives regarding the job approval and favorability ratings of President Barack Obama, senators Ben Cardin and Barbara Mikulski, the U.S. Congress, Governor Martin O’Malley, and the Maryland General Assembly. Citizens also were asked their opinions about the Maryland heath exchange website and their overall views of the new heath care law.

Most Important Issue and Direction of State

Marylanders are less optimistic on the direction of the state than they were a year ago. Forty-one percent think things in the state are headed in the right direction, and 52 percent say Maryland has gotten off on the wrong track.

Residents are divided in their opinions toward their state legislature and governor. Forty percent of Maryland residents approve of the job O’Malley is doing as governor, while half disapprove. Thirty-seven percent of the state’s citizens disapprove of the way the Maryland General Assembly is handing its job, while 39 percent approve. Another 23 percent indicate they “don’t know” what kind of job the state legislature is doing.

Sixty percent of residents indicate they have heard of marylandhealthconnection.gov, Maryland’s health exchange website. Forty percent indicate they have not heard of it. Resident recognition of the website has increased since the Goucher Poll first asked about it when the health insurance exchange initially was launched.

Of those who have heard of marylandhealthconnection.gov:

Marylanders remain divided when asked about the impact of the new health care law on the quality of health care here in Maryland:

“The troubled launch of marylandhealthconnection.gov is certainly dampening Marylanders opinions toward the new health care law, not to mention influencing the gubernatorial primary race,” said Mileah Kromer, director of the Sarah T. Hughes Field Politics Center. “Name recognition for the website is up—but our results suggest it is partially due to all the negative press that it has received.”

Additional crosstabs of the survey results are available upon request, and Mileah Kromer, the director of the Sarah T. Hughes Field Politics Center, is available for comment. She can be reached at mileah.kromer@goucher.edu or 724-840-0990. For additional media requests, please contact Kristen Pinheiro, director of media relations, at 410-337-6316 or Kristen.pinheiro@goucher.edu.